With over forty years of service to the Alabama Cooperative Extension Service, Bob Farquhar’s life exemplified Extension’s mission. “Mr. Bob,” as he was affectionately known to his clients, strived always to assist and encourage both clients and coworkers, and he made lasting friends of both. From assistant county agent to the leader of a special financial resource education project and all assignments in between, Bob earnestly served the people of the state of Alabama.

He was born in Murfreesboro, Tennessee, on May 29, 1924, and lived most of his early life in Mascot, Ten­nessee. At age 17, he moved with his family to Geiger, Alabama, where his father managed one of the largest registered Hereford operations in the state. This led quite naturally into his formal education in Animal Science at Livingston College and Auburn University.

World War II interrupted his education in 1943, and he served two and one-half years with the U.S. Army. Two years were spent in England. After discharge, he reentered Livingston but later transferred to Auburn University and graduated in 1948. He also received the M.S. from Auburn in 1958.

Bob Farquhar’s Extension career reads like a Who’s Who Among Extension Personnel. In 1949, he was Assistant County Agent in Montgomery County. In 1952, he transferred to Auburn, where he was the state Beef Cattle Specialist, and in 1964, he went to Camden as Wilcox County Agent-Coordinator. Upon his promotion to District Agent-Coordinator in 1978, the local Cattleman’s Association and Farm Bureau sponsored a special appreciation day in honor of his 15 years of service and dedication to the county.

The years as District Agent-Coordinator were spent in traveling over the southwestern counties overseeing the Extension program there. Then, with an impressive tenure of over 35 years, Bob spent his last five years in Auburn on a special innovative assignment in Farm and Family Financial Resource Education. It was while on official business with a client that he had the fateful accident which led to his death on Febru­ary 24, 1990, just one month from his planned retirement. Bob was survived by his wife Dolly Brevard Farquhar and one daughter, Robyn.

As a lasting tribute to this man and his life’s work, the name of Robert C. Farquhar is inscribed on the ded­icatory plaque of the Extension Memorial Chapel. 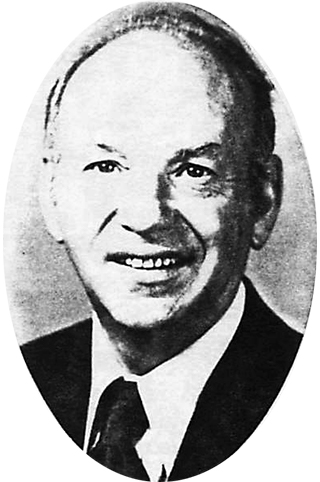