The world is blessed most by men who do things, and not by those who talk, quotes the poet Oliver. No truer words could have been spoken of Robert C. Horn. With his work, he provided a yeoman’s service, always going beyond the call of duty. Robert Horn was truly a statesman, and he was interested in his fellow man, coworkers, and the Alabama Cooperative Extension Service.

Horn joined Cooperative Extension in January 1944 as Assistant County Agent in Chambers County, following his graduation from Auburn University. Mainly responsible for 4-H Club work in Chambers County, he enjoyed being associated with youth and seeing them respond so well. In 1958, he was awarded the outstanding 4-H Club Agent award by the Alabama Association of County Agricultural Agents.

Born June 30, 1921, Robert Horn grew up on a farm in Geneva County, graduating from Samson High School, where he excelled in public speaking and writing. In addition to a degree in agriculture from Auburn, he earned a Master’s degree from the University of Wisconsin in Extension Education and took postgraduate courses at Cornell Univer­sity. He was a member of Gamma Sigma Delta and a past officer, board member, and life member of Epsilon Sigma Phi.

He will be remembered in many ways for his varied attributes. He was loved and appreciated for his integrity, humor, and wit. Robert Horn was genuine and there was never any doubt about how he stood on an issue. He had a great concern for his fellow man and was always willing to help others. Dr. Ralph Jones, the former director, so vividly wrote, “Robert is true to personal ethics, loyal to superiors, and faithful to the organization.”

After retiring from Extension in 1979, Mr. Horn enjoyed researching genealogy and spent many hours at Alabama State Archives and in surrounding libraries doing research, in cemeteries recording epitaphs, and in courthouses copying records. Active in the East Alabama Genealogical Society, he and Mrs. Horn edited the publication Tap Roots for a number of years. He authored several publications and the book Men of the 45th Infantry Regiment, CSA. Robert also enjoyed visiting with friends at Lion’s Club meetings and working at the Auburn football games. He especially enjoyed family and treasured time spent with his grandchildren, marveling at the vim and vigor that characterized their daily lives.

As a lasting tribute to his life’s accomplishments, Epsilon Sigma Phi is pleased to inscribe the name of Robert C. Horn on the dedicatory plaque of the Extension Memorial Chapel. 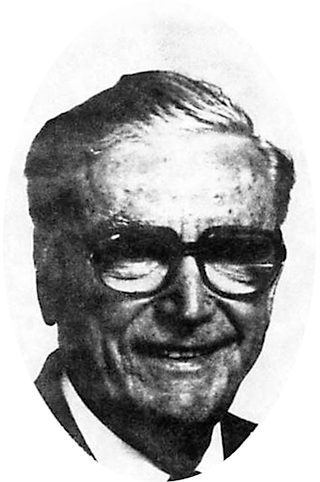