Robert Reynolds will always be remembered in Geneva County as the man who made things happen. During his span of 25 years there from 1960 to 1985, county leaders said that he made Geneva County a better place for its citizens.

Reynolds was born in Ft. Deposit, Alabama, and spent his youth working on the family farm. After graduation from high school in 1947, he enlisted in the U.S. Army and served two terms for a combined two and a half years, after which he entered the military reserves. He received his Bachelor’s degree from Auburn in 1952 in Agricultural Education and began teaching vocational agriculture in Camden. He also taught in Covington County, until receiving his appointment with the Alabama Cooperative Extension Service as Assistant County Agent on July 20, 1954, in Covington County. He later earned his Master’s degree from AU in 1960. He transferred to Geneva County on January 1, 1960, became the County Coordinator ten months later, and remained there until his retirement in 1985.

During his tenure, Geneva County became a leading county in peanuts, soybeans, and tomatoes. Lauded for his cotton insect control program; hog grading demonstrations; organization of a hog producers association; and the formation of an agricultural suppliers committee to further Extension programs.

Robert received many honors, including the Dow Chemical Award in 1964 and the Distinguished Service Award in 1967 from the state and national Associations of County Agricultural Agents. He was a past director of the association and served on many committees. He and his wife Jean enjoyed the trips to the national association meetings every year.

Robert provided weather information to the National Weather Service and was a popular Weather Watcher for WSFA TV in Montgomery and WTVY in Dothan. Most importantly, he was an outstanding layman and leader in his church in Geneva, and he was a member and officer of many civic organizations in Geneva.

Robert Clyde Reynolds died on July 15, 2005. He was survived by his devoted wife, Jean, and their three sons Robert C. “Bobby,” Jr., James Kinon “Kin,” and David Keith, as well as five grandchildren. The family lost a devoted husband and father. Extension lost a friend as well as a respected colleague.

In tribute to the man, the name of Robert C. Reynolds is inscribed on the dedicatory plaque of the Extension Memorial Chapel. 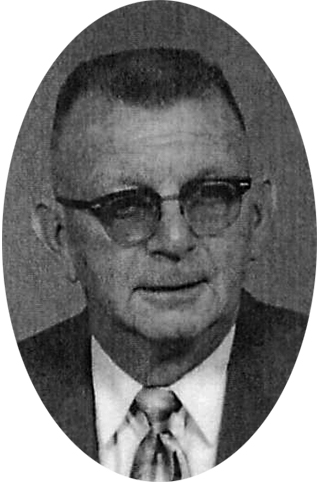