Robert Thornton was born in 1920 in Natural Bridge, Alabama, in rural Winston County. He was the eldest of three sons born to Pierce and Ida Bell Thornton, who farmed and owned a small country store.

Mr. Thornton was a dedicated veteran, serving his country during World War II in the Air Force. When the war ended, he left the service and entered college under the “new” G.I. bill. He enrolled in Auburn University and earned his bachelor’s degree in 1949 and then a Master’s degree in Agricultural Science. At the time he enrolled at Auburn, Mr. Thornton had a wife, two children, and a third on the way, evidence of the fact that Mr. Thornton placed a high value on education. He and his wife Julia even saw to it that all seven of their children graduated from college.

Mr. Thornton began his professional career teaching vocational agriculture to veterans in Pickens County from 1949 until 1954. In 1954, he became an assistant county agent in Pickens County where he remained until 1962 when he transferred to Walker County. In 1965, he became County Extension Chairman in Walker County and remained in this position until his retirement in 1981, with twenty-seven years of service with Cooperative Extension.

After retirement, Mr. Thornton remained active with a small landscaping business which he operated until his health began to fail. He also remained active in the community as a lifetime member of the Auburn University Alumni association, Walker County Cattlemen’s Association, Jasper Kiwanis Club, and the local retired federal employees association. He was also a member of the First Baptist Church of Jasper for 42 years.

During his career, Mr. Thornton kept extensive journals of his travels and experiences and could entertain listeners for hours with his tales of those experiences.

Mr. Thornton passed away on June 13, 2004. He was preceded in death by his wife, Julia, who was at his side for sixty-two years of marriage. He is survived by his daughters Sharon Watson, Laura Kauffman, and Judy Black and sons Earl, Steve, Don, and Kenneth.

In recognition of his service to the residents of Alabama, the name Robert E. Thornton is inscribed on the dedicatory plaque of the Extension Memorial Chapel. 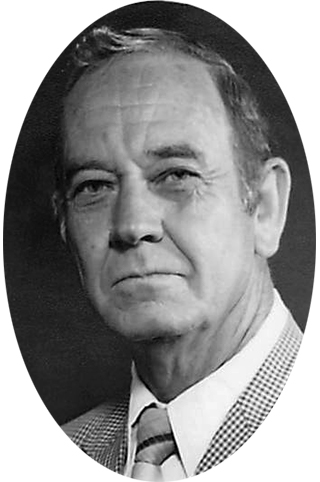