Robert Fulton Jones, the first child of the late Victor Cornelius Jones and Minnie Jordan Jones, was born in Macon, Georgia, on February 12, 1923. However, the family soon moved to Union Springs, Alabama, where he spent most of his formative years.

“Bob,” as he was affectionately known, received his high school education from Snow Hill Insti­tute. He earned the B.S. degree in Agricultural Economics from Tuskegee Institute, Tuskegee, Alabama, and an M.A. degree in Adult Education from North Carolina State University. He served his country during World War II in the U.S. Army from March 1945 to December 1946.

From 1952 to 1954, he served as the Agricultural Extension Advisor for the Libyan American Technical Assistance Services, Tripoli, Libya. Much later, after his first official retirement in 1981, Bob accepted a position with the State of Alabama, Department of Agriculture and Indus­tries, as the Assistant Director of Marketing. He retired from this position in 1993.

Mr. Jones was a dedicated professional — a man of principle. Mr. Addre Bryant, retired County Agent-Coordinator in Montgomery County, said this about his friend Bob Jones: “His work ethic was very high. Every day that he came to work, he had a planned agenda. He did not just come to work. I’ve known him for forty years, and he was one of the few who believed in and loved his work.” He believed in what he did, for the goal of the Extension Service was his way of life — car­ing about people, helping people help themselves. He saw teaching others to be leaders as a way of helping them and will be remembered as a trainer and developer of rural leaders in Montgom­ery County.

Robert F. “Bob” Jones died on March 19, 1994. He was survived by his devoted wife Myrtle and their three daughters Bobbetta, Cassandra, and Sharolyn. The family lost a devoted husband and father. Extension lost a friend as well as a respected colleague.

In tribute to the man, the name of Robert F. Jones is inscribed on the dedicatory plaque of the Extension Memorial Chapel. 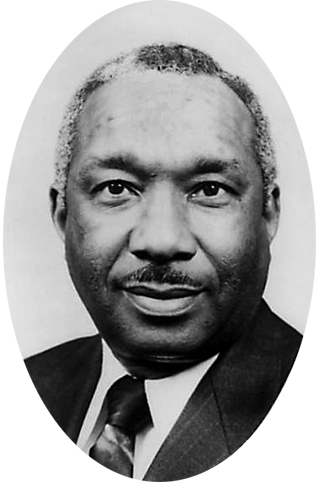