Bob Chesnutt’s job was to tell the story of the Alabama Cooperative Extension Service, the work of its agents and specialists, and how Extension was helping Alabamians build better lives. Nobody did it better.

He headed an Extension Information office that during his tenure was regarded as among the best in the nation. The Alabama media held him in the highest regard. His weekly agricultural column was published for 20 years by newspapers throughout the state.

Bob Chesnutt led by example. He was a stickler for accuracy and quality of content on any material leav­ing the Information office. And he expected his staff to adhere to the same high standards.

He was imaginative and creative. Once, when he felt that the state’s newspapers weren’t giving proper cov­erage to a boll weevil outbreak, he sent little packages of live weevils to editors to dramatize the situation.

He brought talented young assistant county agents into his office, trained them as editors and writers, and saw them eventually move on to high-ranking positions throughout the country. Today, those Chesnutt “alumni” regard him as a second father whose training, guidance, and leadership left a positive, indelible imprint on their lives.

Bob, the son of API Vocational Education Department Head Samuel L. Chesnutt, grew up in Auburn, grad­uating from API in 1938 with a B.A. in business administration and in 1939 with a B.A. in agricultural administration. He was editor of the student newspaper, The Plainsman, and was a member of Blue Key honorary.

He was a decorated combat veteran of World War II. Upon discharge in 1945, he returned to his position as Assistant Agricultural Editor, was promoted to the head of the Information office two years later, and served in that position until his death in June 1969.

He died at work while hosting a group of Brazilian visitors, leaving two sons, Sam and Bernard, and his wife, Frances Shi (Tiny) Chesnutt.

In tribute to this man and his life’s work, the name of Robert R. Chesnutt is inscribed on the dedicatory plaque of the Extension Memorial Chapel. 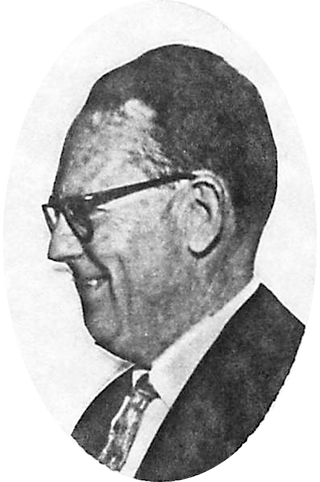