Robert Russell Clark was a gentleman and a gentle man; his co­workers respected him; his friends delighted in him, and his family dearly loved him. He was many things to many people and will be greatly missed.

As a public servant, Clark was one of the nation’s foremost spe­cialists on tourism and recreation development, serving 23 years as Extension’s first specialist in the field. He enjoyed a 34-year career with the Alabama Cooperative Extension Service, begin­ning in 1954 as an assistant county agent in Dadeville. In 1961, he was promoted to rural resource development specialist, serving ten north Alabama counties with headquarters in Oneonta. He moved to Auburn as a recreation and tourism specialist in 1963 and retired in 1988.

He led innovative educational programs statewide, provided technical assistance, and coordinated long-range planning efforts with state and local leaders that impacted the state’s recreation and tourism industry. Many of his publications are still in use throughout Alabama. For years, Clark organized and led in-service training for state and regional parks and recreation directors.

Clark held two degrees from Auburn. In 1951, he received a Bachelor of Science, and in 1955, he completed the Master’s of Science, both in agricultural education. Early in his career, he was a vocational agriculture teacher in Marion, Choctaw, and Tallapoosa counties.

Among his other many personal and professional accomplishments were his service in World War II, during which he was awarded the Purple Heart after being wounded in the Battle of the Bulge; his membership at the Auburn First Baptist Church; his membership in and leadership of Ala­bama’s Recreation and Parks Society; and his membership in the Auburn Lion’s Club. He was a noted gardener who took pride in growing and propagating plants and in sharing his enthusiasm and skills with others. At this death, he was the presiding officer of the Auburn-Opelika Men’s Camellia Club.

Perhaps Clark’s most valuable asset was his love for his family and the joy he took in being with his wife Mary and his children Sarah, Ginger, Bob, Tim, and Mark, their spouses, and their children.

To honor the mark of Robert Russell Clark upon the state of Alabama, we are proud to place his name on the dedicatory plaque of the Extension Memorial Chapel. 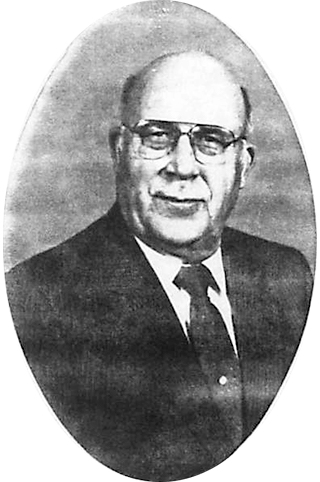