Mr. Robert T. Hughes was County Extension Coordinator in the Lauderdale County Extension Service for 32 years. He was employed by the Alabama Cooperative Extension System from October 15, 1958, to March 31, 1999. He began his career in Autauga County before moving to Lauderdale.

Hughes was an award-winning 4-H Club leader, an architect of Lauderdale County transition from cotton to soybeans, and a facilitator of Master Gardeners. He served on the Florence Mayoral Advisory Committee to establish a metro vision for the Quad Cities.

Hughes was a member of Gamma Sigma Delta, an agriculture honor society. He received the County Agent of the Year Award. He was a member of the Alabama Cooperative Extension Service Employees Organization (ACESEO).

Always active in his community and church, he reached across the city and state. He was a life member of Kappa Alpha Psi Fraternity Inc., a Kiwanis George C. Hixon Fellow, a U.S. Army veteran, a graduate of Alabama A&M University (B.S.), and Tuskegee University (M.S.). He was a Life Member of the NAACP, served on numerous boards, including the National School Board Association, March of Dimes, chairman of Florence City Board of Education, Salvation Army, AAMU Board of Trustees, and the Alabama Democratic Executive Committee.

Mr. Robert T. Hughes is remembered for the joy in lending his expertise to all residents of Lauderdale County whether it was a farmer with a crop problem or a city dweller with a rose bloom issue. His approach, attitude, and knowledge led him to be named the Lauderdale County Extension Coordinator after many years of dedicated service.

The Alpha Pi Chapter of Epsilon Sigma Phi honors and remembers Mr. Robert T. Hughes by placing his name on the dedicatory plaque of the Memorial Chapel. 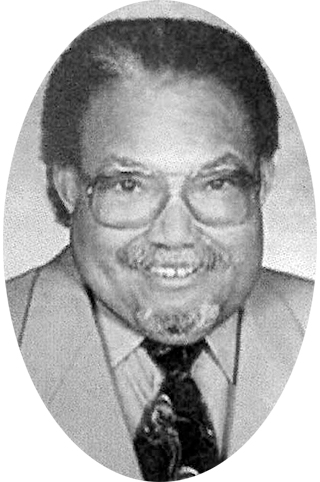