Mr. Roland A. G. Oliver faithfully served in the United States Navy in World War II and loved sharing the stories of his time on the aircraft carrier. The Alabama Power Company was a huge part of his life where he worked for 35 years as an agricultural engineer.

When the Alabama Cooperative Extension System’s vision of a place for young people went from a dream to reality, Oliver represented Alabama Power in the day-to-day building of the Alabama 4-H Center. He knew the electrical grid, checked on the safety of staff, and walked the grounds of the place on Lay Lake that had once been Alabama Power land. At the completion of the 4-H Center, he continued encouraging youth through 4-H Amp Camp. One female engineer now working with NASA says that this was the start of her dream. Today the Roland Oliver Room recognizes his time and heart in the lives of thousands of 4-H youth coming to the Center.

Oliver received the Tuscaloosa County 4-H Alumni Award and was inducted into the Alabama 4-H Wall of Fame in 2009. He received the Gunlogson Countryside Engineering Award for outstanding work with Rural Youth and Community Improvement Clubs; Friend of Extension to promote safety and better use of electricity; National Rural Engineer of the Year Award; and is listed in the National Who’s Who in Engineering of America.

He was a member of the Energizers, Kiwanis Club, Alumni Association at Auburn University, and East McFarland Baptist Church. Education was such an important part of his life, and he was a prominent part of all his grandchildren attending and graduating college.

He was loved by so many and answered to many names of those who thought the world of him. Papaw was a go-getter at life and took every opportunity to seize each day with a phone call to a loved one, a project he was working on, or making something become a treasure that could be deemed somebody else’s trash. He was so adventurous in his time here on earth, traveling all over North America, South America, Asia, and the Holy Land.

Mr. Roland A. G. Oliver’s work on behalf of Alabama’s youth will forever be treasured. We are proud to place his story in the “Book of Memories” to be viewed by all who visit the Alabama 4-H Youth Development Center. 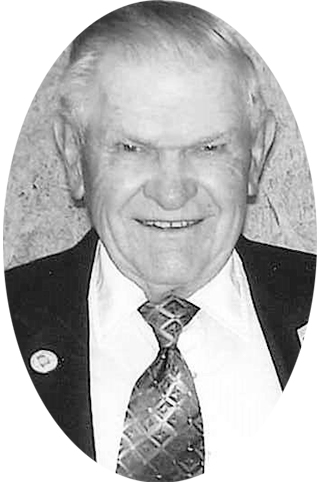