Roland Oliver was an agricultural engineer for the Alabama Power Company. However, he probably spent as much time helping ACES constituents as he did with the power company. Oliver worked closely with Extension agents and rural people throughout the state. He served as the chairman of numerous committees in ACES and was involved at state 4-H round-ups, particularly in the electrical projects. He worked closely with county leaders to develop 4-H winners on the local, district, state, and national levels.

He was a genius in helping utilize electrical teaching tools. His wisdom was appreciated by Extension agents; he provided insight into better ways to highlight 4-H exhibits in fairs all across the state. Whether the exhibit needed lighting or movement, he could always think of a way to better display the exhibit.

Oliver was directly responsible for designing and installing all outside lighting at the Alabama 4-H Center. He assisted in designing and installing 126 storm windows on the Terrell Guthrie Lodge. According to Terrell Guthrie, retired manager of the Alabama 4-H Center, “Roland Oliver married the 4-H Center. He is a dear friend who did so much for the success of the center. He never turned down a request. “

Oliver grew up in Cullman County where he was an active 4-H’er in projects such as row crops, gardening, livestock production, and home improvement. He held several offices including vice-president and president of his 4-H club. He received the National Rural Engineer of the Year Award in 1983, is listed in the National Who’s Who in Engineering of America, and has received a patent for teaching fundamentals of electric motors.

He has received the Tuscaloosa County Friend of 4-H Award, the 4-H Leadership Award, and due to his appreciated efforts at the Alabama 4-H Center, the Roland Oliver room was named in his honor. 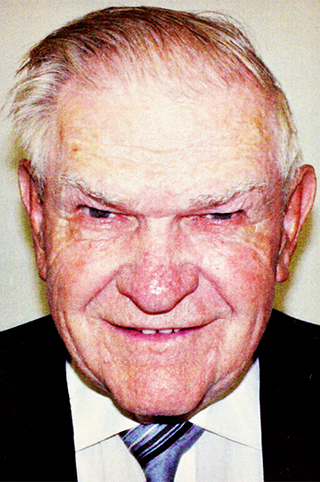