Romulus Jefferson (Jeff) Martin was born November 8, 1920, and was raised on a farm in Coffee County near Enterprise. He graduated from Enterprise High School in 1940 and Auburn University in 1944. Highly respected even in his youth, he was asked to be a school bus driver as a 16-year-old high school student. Then, in college, Mr. Martin drove an ambulance for the hospital on the Auburn campus, which was the only hospital in Lee County at the time. Here he met his future wife, Frances Thompson, who was working as a nurse at the hospital. Remembering the University as the site of many happy times, Mr. Martin remained a loyal supporter of Auburn throughout his life. Both of his children and two of his four grandchildren graduated from the university. After his own graduation from Auburn, he entered the U.S. Army and served in WWII.

Mr. Martin began his Extension career in Brewton on August 1, 1946, as a 4-H Club worker. Three months later, he was transferred to Monroeville. After serving the people of Monroe County for almost 20 years, he was promoted to County Extension Chairman for Escambia County in August 1966. He served in that position for 13 years. After thirty-three years with the Extension Service, Mr. Martin stated that he ended his career the way he started — “very much a rural boy and still very much a rural man.”

Jeff Martin demonstrated a sincere and sustained passion for all aspects of farming, from raising hogs and cattle to watching crops grow. But his favorite part of his work was visiting with farmers and their families. He would often “drop by” to see farmers right at lunchtime so that he could enjoy a good meal with them! “Seeing rural people working together for mutual benefit is one of the joys of being a county agent,” said Martin at his retirement in 1979. “It is a good feeling to meet and visit and try to help people who have problems, and then share in their successes.”

After retiring, Mr. Martin served as an advisor to local pecan and blueberry growers and also developed a tree farm where local citizens could make their selections from among many of the most handsome Christmas trees in the county. He was a member of the Brewton Rotary Club and the First United Methodist Church of Brewton, where he held various leadership roles, and he continued to be recognized for his efforts in supporting the Alabama Cattlemen’s Association and the Beef Cattle Industry of Alabama.

Mr. Martin was a gentleman. He truly loved knowing people and living life. He left this life on November 30, 2000, and was survived by his wife of 54 years, two children, Amelia Martin Browning and Romulus (Ronny) Martin, Jr., and their families.

To honor his service to the people of Alabama, the name of Romulus Jefferson Martin is inscribed on the dedicatory plaque of the Extension Memorial Chapel. 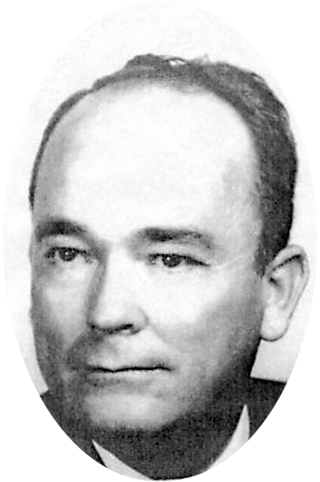