Earl Kennamer* was an Extension employee noted as having a colorful personality. He became Extension’s fish and wildlife specialist in 1948. At one time he served as fish and game editor for “The Progressive Farmer” and had an “Outdoors with Earl” newspaper column, magazine articles, and television shows featuring Extension.

Earl established the 4-H Fish and Wildlife Camp at Camp Tukabatchee where young men learned about hunting and fishing and other outdoor activities. That camp later grew into the present-day Alabama 4-H Center on Lay Lake.

Rosalie Kennamer’s* association with Extension began in 1948 and spanned more than 50 years. Rosalie was head of duplication services for Extension and took great pride in producing quality materials including 4-H project information that was circulated statewide. 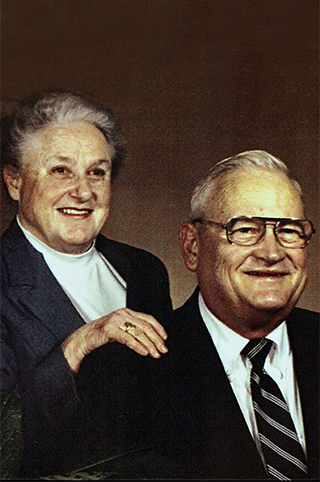