Rosalie married Earl Kennamer on October 7, 1940. She was a homemaker until the mid-1960s, at which time she went to work at the Ralph Brown Draughon Library on the campus of Auburn University. About five years later, she transferred to the Extension Service and took a position under Mr. John Parrott, who was the chairman of the Extension Information Division. Mrs. Kennamer was the supervisor in the duplicating room, located in the basement of Duncan Hall, the state headquarters building. During the decades before the computer transformed the way Extension did business, the duplicating room was a continuous bustle of activity and an important office to every extension specialist and administrator.

Rosalie’s abilities immediately made favorable impressions on her supervisor and her co-workers. Unfortunately, in 1975, she felt the need to request a disability retirement from Auburn University, stating that her position in the Extension duplicating room aggravated an asthmatic condition. She officially went on retirement on October 15, 1975. Earl retired from the Extension Service on December 31, 1974, and the couple began traveling together.

Rosalie continued to live in Auburn after Earl passed away in 1987. She was a warm person and a wonderful mother and grandmother. She opened her home to grandchildren as they came to Auburn and the surrounding area to study. She became an inspiration to her children, grandchildren, and great-­grandchild through her positive, youthful attitude toward aging. She passed away on February 17, 2002. Her survivors included a son, Dr. James Earl Kennamer, and wife, Mary, of Edgefield, South Carolina; a daughter, Anna Marie Rush, and husband, Dwain, of Lineville, Alabama; four grandchildren, and one great-grandchild.

Partly through the influence of Rosalie and Earl, their children chose professions in the sciences. James Earl earned a doctorate in wildlife biology, and his son continued the tradition by earning a master’s degree in wildlife biology. Anna Marie graduated with a degree in zoology and has a daughter who has a doctorate in veterinary medicine and a daughter who is a registered nurse with a degree in criminology.

Mrs. Kennamer was a very active member of Auburn First United Methodist Church, serving in many positions. She often was the first woman to hold many active positions there, including serving as a member of the administrative board and director of Christian Education.

In tribute to an outstanding individual, the name Rosalie Roy Kennamer is inscribed on the dedicatory plaque of the Extension Memorial Chapel. 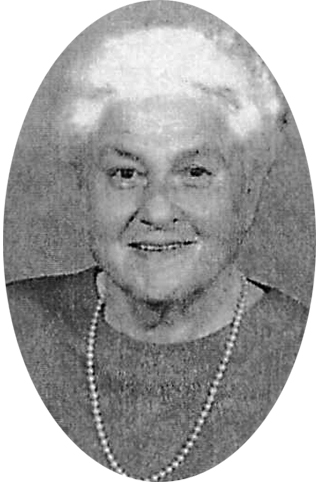