A much-beloved husband, father, and grandfather, this gentle­man had earned the title of “much-admired community leader” at his passing in June of 1989, at the age of 79. It was said of him “always willing, always sharing, always eager to be fair,” a theme present in his family life as well as in his work.

The citizens of Wetumpka and Elmore County had benefited from the knowledge of this County Agent. Mr. Lee had served there for almost 20 years. He and his lovely wife Bessie had made Wetumpka their home since August 1952, when he transferred there from Lowndes County on September 15, 1947, after having served the people of Elmore County as an assistant supervisor with the Farmers’ Home Administration from 1940 to 1947.

Young Roscoe A. Lee grew up in Choctaw County and later attended Tuskegee Institute from 1931 to 1936. He received the B.S. degree from Tuskegee in 1936 and returned there to earn his M.A. degree. He served in several farming capacities before making service to the people of Ala­bama his career. J. R. Otis, State Leader for Negro Extension Work at Tuskegee Institute, recog­nized young Roscoe’s potential and recommended him for his first position with the Alabama Cooperative Extension Service.

Mr. Lee retired on October 31, 1971, and it was in his official letter of intent to retire that he said “my service to clientele … has been of such that it has given me a great measure of satisfac­tion. What I treasure uppermost in my career is the fact that I always have lived up to my prom­ises.”

We are honored to have had a person of Mr. Roscoe A. Lee’s integrity as part of the fruitful history of the Alabama Cooperative Extension Service and are pleased to have his name inscribed on the dedicatory plaque of the Extension Memorial Chapel. 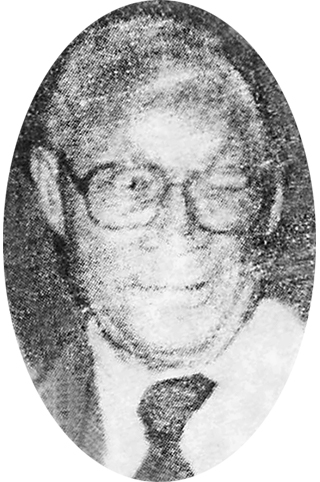