Before joining Extension, W.L. Royston* taught in the Clarke County High School system and was an elementary teacher for Randolph County schools. He came to Extension as a negro county agent in Greene County and then transferred to Tallapoosa County. He was known for his particularly outstanding educational work in 4-H, community development, and agriculture.

He initiated the Tallapoosa County Dairy Show with emphasis on 4-H participation. His 4-H members took first place prizes in all nine Piedmont District Cattle Shows. He also started the Miss 4-H Dairy Queen event. The Tallapoosa County 4-H judging team for dairy cattle took top honors at the state level. At that time, there were 20 4-H clubs with 372 boys and 756 girls in the county.

Royston was instrumental in securing land and funding to construct the Tallapoosa County Community Center in Dadeville. It housed the Extension offices, a branch library, and an auditorium.

At his death, one month before his planned retirement in 1968, the Auburn University Board of Trustees recognized him with the following resolution (in part):

WHEREAS, his work was particularly outstanding in 4-H Club activities and in community development, resulting in improvements in both areas to benefit all concerned and reflecting credit upon himself and Auburn University …..

BE IT RESOLVED that the Board of Trustees of Auburn University expresses its appreciation for the excellent service performed by Mr. Royston and the sorrow it feels over his death.

A secretary who worked with Royston for 10 years said he was a second father to her. He gave encouraging words when most needed and always gave good advice in a kind and gentle way. He was quick to help-giving shoes and food to those who needed them. 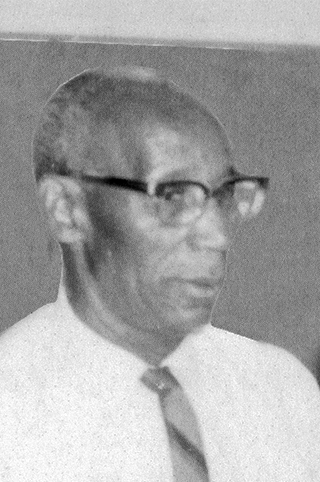