Mrs. Robinson worked with farm and city women, helping them make improvements in home, and community living conditions by teaching them cooking, sewing, and gardening skills.

She not only served as an active home demonstration agent, but she took an interest in civic and religious activities. She was affiliated with such organizations as the YWCA, Willing Workers Board of her church (Allen Temple A.M.E. Church), the Jefferson County PTA Council, and the Birmingham-Jefferson County Housewives League. After moving to Macon, Georgia, in 1989, she became a member of the Steward Chapel A.M.E. Church.

In 1997, she moved to Atlanta to live with her niece. There she became a treasured member of the Grant Park community and was known affectionately to her neighbors as “Aunt Rubye.”

Rubye Thomas Jacobs was married to Joseph C. Robinson in 1949. He preceded her in death. She passed away on March 1, 2004.

For her unselfish and effective service to the families of Jefferson County, the name of Rubye J. Robinson is inscribed on the dedicatory plaque of the Extension Memorial Chapel. 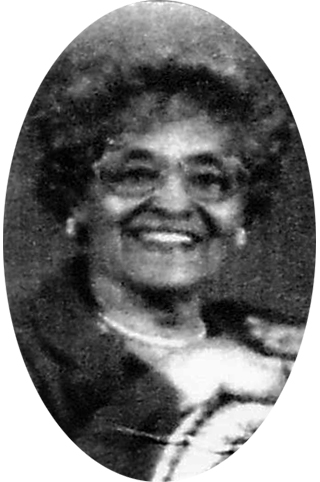