Born in Snow Hill, Alabama, on July 27, 1908, Ruth L. Rivers always loved sharing her education at several very prestigious schools. After attending Spelman College for three years, she transferred to Tuskegee Institute, where she earned her B.S. degree in 1930. Twenty years later, she received her M.S. degree from Columbia University.

Her professional career began in the public schools of Alabama and North Carolina. With the teaching skill she had learned and the joy of working in the rural environment, Ruth Rivers returned to her native state in 1937 as Home Demonstration Agent for Conecuh County.

In 1946, she was promoted to District Home Demonstration Agent for South Alabama. Miss Riv­ers was named District Home Agent in 1965 when the Tuskegee staff moved to Auburn. Four years later, she became a specialist in community health education and in 1972 was named state supervisor of the Expanded Food and Nutrition Education Program. She held that position until her retirement on December 31, 1974.

The years of diligence, innovation, and perseverance won Ruth Rivers many admirers. Her clien­tele genuinely appreciated her many efforts to better their lives. In tribute to her accomplish­ments, the name Ruth L. Rivers is inscribed on the dedicatory plaque of the Extension Memorial Chapel. 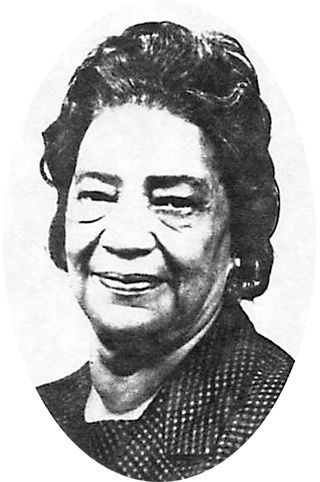