An Alabamian by birth and a servant of the people of her native state by choice, Ruth Margaret Sundberg enjoyed a long and fulfilling life.

She was born on December 25, 1917, in Mobile. In 1935, she graduated from Murphy High School and prepared to continue her education at Judson College in Marion, Alabama. After completing two years of study at Judson, she transferred to her “real” alma mater, Auburn University. In 1941, Ruth received her Bachelor’s degree in Home Economics with a specialty in textiles and clothing. As a result of her diligence as a student, she was elected to Phi Kappa Phi honorary fraternity.

Miss Sundberg began her career with Extension as an assistant home demonstration agent in Henry County in 1941. After two years, she transferred to Coosa County to be a county agent. Feeling the need to gain further knowledge, Ruth enrolled in the graduate program at the University of Ten­nessee at Knoxville. In 1950, she was awarded the M.S. degree. At that time, she promptly returned to Alabama and was named county agent in Ozark at the Dale County Extension office. She remained there until her retirement in 1964.

Ruth Sundberg was truly an outstanding Extension worker. All who knew her recognized her skills and dedication. Through her efforts, hundreds of Alabama families bettered their standard of living. Recognized for her achievements, Ruth was awarded a certificate for Distinguished Service from the National Home Demonstration Agents Association. She also was a longtime member of the Epsilon Sigma Phi fraternity.

A modest person, Ruth would never think she deserved any recognition. She preferred to work quietly and sincerely rather than be in the limelight. It is good to have the opportunity to put her name forth to all who visit the Extension Memorial Chapel. The name Ruth M. Sundberg is inscribed on the dedicatory plaque as one who truly embodied the spirit of the Extension Worker’s Creed. 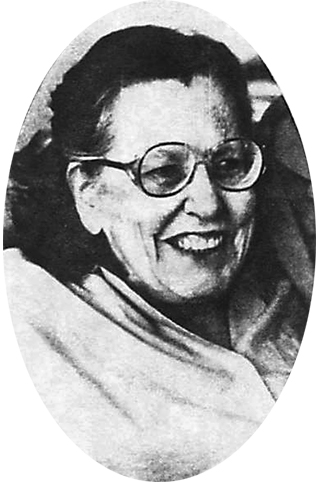