Ruth Sherman Underwood grew up on a dairy farm in Baldwin County. She carried many projects in 4-H. She was named the State Dairy Foods winner in 1961 and attended National 4-H Congress in Chicago. She was nominated to represent Alabama at National Youth Power Congress in 1962 and selected as the return delegate the following year.

In 1963, Ruth served as president of the State 4-H Council and gave speeches throughout the state aimed at raising funds for the Alabama 4-H Center. She was one of eight U.S. representatives to National Canadian 4-H Congress in 1964 to Ottawa and Toronto.

She was a member of the Auburn University Collegiate 4-H Club. As an adult volunteer, she received the Outstanding Alabama 4-H Leader in 1985 and attended the Salute to Excellence Conference at the National 4-H Center. The Underwood family sponsored the 4-H Youth Exchange between Baldwin County and Utica, N.Y. in 1989 and 1990. Ruth chaperoned 4-Hers on the trip to Utica and hosted New York 4 -Hers the following year.

In her own words: “There are so many good memories of skills learned, life lessons learned, and the special impact of my local 4-H leaders and county agents. One of my local leaders was a perfectionist who taught me the love of bread baking and instilled in me, perseverance. The other taught me the joy of doing things for others and taught me to balance work, community, and family life. In addition to my parents, these local leaders and county agents helped form my personality and life goals.
“The story l choose to share, however, is not tied to an event during my specific 4-H years, but rather to the connectedness participation in 4-H provides. In my youth, our pledge was, ‘I pledge my head to clearer thinking, my heart to greater loyalty, my hands to larger service, and my health to better living for my club, my community, and my country.’ Later, the words …. and my world … were added. I spent the entire summer of 1967 in southern Argentina with United Methodist missions. On July 22, 1967, the group I was working with was enjoying a two-day retreat in the Andes Mountains about 50 miles from our base. Heavy snow began to fall and we became snowbound. The old bus that had gotten us up the mountain could not get us doWii To our rescue came a young Argentine with his tractor. He helped us down the mountain. In the course of conversation with this angel of mercy, he asked ‘Is anyone here a 4Her?’ He had been on a 4-H exchange to the Midwest some years before. Out of 25 on the bus, I was the only 4-Her. We were thrilled to share 4-H stories. Before parting, he said, ‘I want to give you something.’ We stopped by his farm where he gave me 40 beautiful white chickens in wooden crates. He tied them to the top of our bus, and we headed back to our base. I was the only farm girl in the group. I grew up on a dairy farm and my 4-H projects did not include chickens, but I knew I had to pinch-hit as best I could. Without anyone ever knowing that I knew nothing about what I was doing, I demonstrated the preparing of the chickens from beginning to end, recruited the assistance of a few brave souls, and prepared southern fried chicken for the group. We were on a limited budget that summer, and the chickens were our meat for that week!

“Throughout life, 4H connectedness has provided joy, comfort, and shared memories. My work with public health has taken me into 16 southwest Alabama counties. It is always exciting to run into a familiar face or name and renew friendships. To this day, I am thrilled to hear a former county Extension coordinator’s (Ralph Thompson) voice on the phone or see him and his lovely wife come for a visit.

“The 4-H family is global. While projects have changed and teaching methods have evolved, the core of relationship building remains a key to sustaining individuals wherever life may lead.” 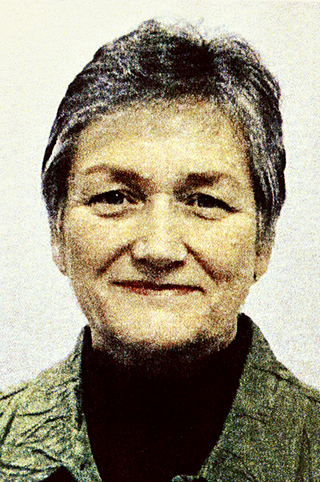