Spurgeon Leonidas Davis, better known as S.L. Davis, paved the way and set goals not only for his family but for many Extension workers and people of Alabama. He was born the son of Dave A. and Savannah Crow Davis on March 7, 1918, in Marion County, Alabama.

S.L. graduated from Hamilton High School. Although he was not the first in his family to see the need for education, he was the first to go to college, earning a B.S. Degree in Agricultural Education from Auburn University in 1941, and later, in 1961, he earned a Masters Degree from Cornell University in Extension Education.

After his retirement from Alabama Cooperative Extension Service in 1974, Mr. and Mrs. Davis moved to Montgomery, where he served for two years as Assistant Executive Director of the Alabama Association of County Commissioners. In 1976, he returned home to Hamilton, Alabama, but continued to work, this time as a plant inspector for the Alabama Department of Agriculture and Industries. While working as a plant inspector, he often visited the County Extension office, always keeping abreast of the happenings in Extension. After his work with the Department of Agriculture and Industries, he served for a time as Assistant State Director for the Alabama Association of Retired Persons.

A devoted family man, Mr. Davis was always active in his church and various civic organizations, no matter where he lived. While in Auburn, he served as deacon of the First Baptist Church of Auburn. After returning to Hamilton, he remained active in his church.

In remembrance of the life of Spurgeon Leonidas Davis, Epsilon Sigma Phi is honored to inscribe the name of this great man on the dedicatory plaque of the Extension Memorial Chapel. 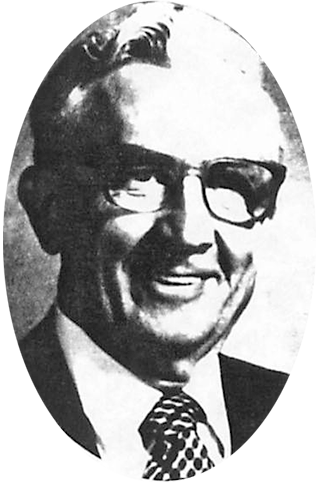