Sam began his 31-year career with the Alabama Cooperative Extension Service in Tallapoosa County. There, he worked with Hoyt Webb, longtime County Agent, in establishing an apple production industry in the county. He also served as President of the Dadeville Lion’s Club.

Next, he served the farmers and others in Crenshaw and Geneva Counties, providing Extension programs and events in crop production and management. During a year away from Extension, Sam taught vocational agriculture at Headland High School. The Superintendent of Henry County Schools told family members that Sam was the best agricultural teacher they ever had at that school.

The capstone of his Extension career came during his 16 years as Extension Agent in Dallas County. He worked closely with cotton producers in implementing the early stages of Integrated Pest Management practices. With the guidance of Regional Extension Pest Management Specialists and State Extension Entomologists, his producers were part of the major transition in how cotton — and other crop — pests were managed and controlled. These programs were crucial in the elimination of the boll weevil, a major destructive pest to cotton production. The adoption of integrated pest management practices has and continues to greatly reduce the toxicity and amount of pesticides used in agriculture.

Sam also encouraged and facilitated his producers’ participation in the Autauga Quality Cotton Association, which increased the price they received for their cotton. His work in other areas of agriculture included working closely with researchers at the Black Belt Research Station in Marion Junction, Alabama.

Upon his retirement, John Jones, Probate Judge for Dallas County, declared May 31, 1993, as “Sam Carroll Day” in Dallas County. He also received certificates of appreciation from the Selma-Dallas County Chamber of Commerce and the Dallas County Cattlemen’s Association. Earlier, Sam received the Leadership for Economic Development Award, sponsored by the W. K. Kellogg Foundation, from the Director of the Alabama Cooperative Extension Service.

A native of Blue Springs in Barbour County, Sam graduated from Blue Springs High School. He earned a Bachelors’s and Master’s Degree in Agricultural Education at Auburn University. Sam and Vanarah have two children — Lee Vann and Samanda. Soon after retirement, they moved to Dothan to be near their children and grandchildren. Sam died at home on the morning of April 7, 2014.

The Alpha Pi Chapter of Epsilon Sigma Phi honors and remembers Mr. Sam D. Carroll by placing his name on the dedicatory plaque of the Memorial Chapel. 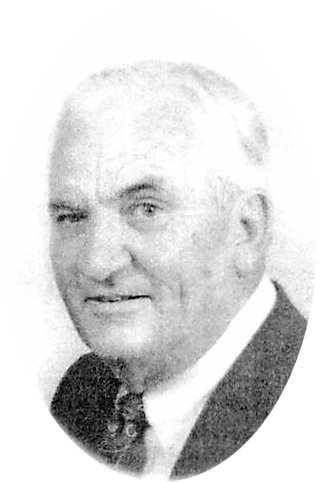