Born June 8, 1920, Samuel Mizell Eich, Jr., or Sam Eich, as he was known by Extension associates, graduated from Auburn University in 1942 with a B.S. in Agricultural Science and earned a Master of Agriculture in 1967.

Sam Eich had 31 years of service with the Alabama Cooperative Extension System. His first position in 1957 was Assistant County Agent in Lauderdale County. He furnished educational leadership in dairy, agronomy, and in the unit test demonstrations. Five years later, he became Extension Rural Resource Development Specialist in North Alabama.

From 1968 until his January 1988 retirement, Sam was an agronomist in Extension District I and taught cotton growers and county agents the latest methods of producing cotton to earn the highest net profit per acre based on research and farmer experiences. He co-authored several publications, including the Cotton Scouting Handbook, and was a member of the American Agronomy Society and the Gamma Sigma Delta honor society.

A former county agent said, “Sam was respected by both agents and farmers. He was dedicated and sincere and often used humor in his teaching. Sam was knowledgeable, aware of current research, and always genuinely interested in improving the farmer’s production and farming methods. Sam treated the farmers with respect and they held him and his assistance in the highest regards.”

Prior to employment with the Extension Service, Sam measured cropland for the Agricultural Adjustment Administration, and while operating his own 600-acre farm, he was a Conservation Aide for the Soil Conservation Service. Next, he served three years as a farm manager and one year as a warden for the Alabama Corrections Board.

Sam Eich was an active member of the First United Methodist Church, where he served on the administrative board and belonged to the Tower Class and Heritage Club. He devoted much of his time to working in the church fix-it shop.

In his retirement, Sam volunteered at the Archives for the State of Alabama, delivered for Meals on Wheels, and prepared tax returns for senior citizens in association with the AARP. He enjoyed reading, gardening, and building projects for his grandchildren. He was a longtime fan of Auburn sports and the Atlanta Braves.

Sam Eich was a native of Tuskegee, Alabama, a former resident of Decatur, and more recently, a resident of Montgomery for 12 years. He was survived by his wife of fifty-five years, Edna Earle Eich; a son Sam; three daughters, Nancy McGuire, Margaret Eich, and Emily Brehmer; and seven grandchildren.

In recognition of his devoted service, the name of Sam Eich is inscribed on the dedicatory plaque of the Extension Memorial Chapel. 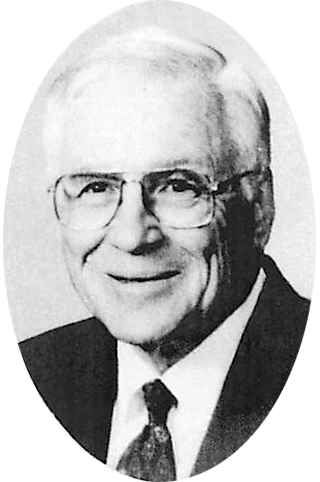