Sam Day was a true son of the soil. Born of farming parents on January 25, 1871, near Nixburg in Coosa County, Alabama, the major part of his life was dedicated to farming and improving the farming capabilities of his friends and neighbors. Early in life, he established a career in real estate in Birmingham, but in 1910, he faced the fact that the family property in Coosa must have a man on the premises if it were to produce successfully. He decided to direct his efforts to scientific farming and wrote to the U.S. Department of Agriculture for information. He was referred to Dr. Seaman A. Knapp, head of demonstration work, who sent Mr. J. T. Watt to call on him. Thus began a lasting bond of friendship and mutual respect from which they and the people of Coosa and Tallapoosa would reap the benefit.

In that same year, 1910, Sam became a pioneer county agent for Alabama. He was engaged by Dr. Knapp to be a Special Demonstration Agent for Coosa County before the county agent system was organized in Alabama. He became a full-fledged agent in 1914, when the Cooperative Extension Service was formally organized and when the main requirement was to be an exemplary farmer and an honorable man — two main ingredients in the character of Sam Day.

Working in Coosa and Tallapoosa counties, he helped farmers improve their crop yields, grow better livestock, and harvest more and better vegetables and fruits. In addition to working with the farmers, by 1920 he had also estab­lished a strong 4-H Club organization. In 1924, his ‘First 100 boys making 100 bales of cotton on 100 acres’ won national acclaim. He strongly believed, and consistently demonstrated, that the way to improve farming was to begin with the children of farmers and through them reach their parents. He had profound faith in people and used every opportunity to encourage young people to live up to their exciting potential, both as farmers and well-educated men. Many have attested to the fact that it was Mr. Day’s encouragement that led them to prepare for college and on to postgraduate studies.

Sam Day was an institution in Coosa and Tallapoosa counties and received much praise for his devotion to the better­ment of the communities. He is remembered for his love of the soil, faith in his God and fellow man, and his practical approaches and soothing manner. A statement made often to his family was, “Never let the day dawn that you own no land to call your own.” He officially retired in June 1937 and died on February 18, 1941, at the age of 70.

Mr. Day was survived by his wife, Louise Smith Day, and two children, Samuel Mason, Jr., and Martha Carolyn. Lou­ise Day was a legacy within herself. Another Extension pioneer, she became the first home demonstration agent in Coosa county in 1915 and is also honored in the “Book of Memories.”

In honor of his devotion to improving the lives of others and to his career in Extension, the name of Samuel Mason Day is inscribed on the dedicatory plaque of the Extension Memorial Chapel. 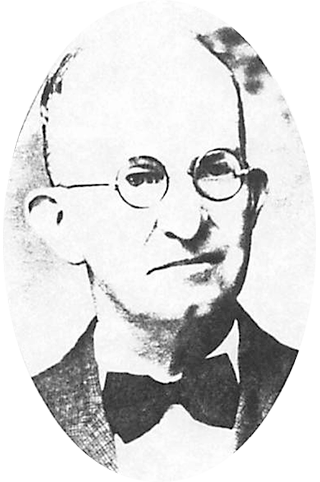