Samuel William Boynton was born in Griffin, Georgia, and returned to his native state to begin his career in Extension work after graduating from Tuskegee Institute. After working for two years in Georgia, he accepted a position as county agent in Dallas County, Alabama, where he remained until his health forced him to retire.

During his tenure in Dallas County, Mr. Boynton brought many programs and demonstrations that made the county one of the best in the state. Agriculturalists from India, Turkey, and Egypt, and other African countries often came to the U.S. to learn how to improve their agricultural production. A visit to Dal­las County gave Agent Boynton an opportunity to demonstrate innovative projects being put into effect.

The success of Extension work in Dallas County can be attributed to the dedication and knowledge of S. W. Boynton. He had been a student of Dr. George Washington Carver at Tuskegee, had gained invaluable experience on the fam­ily-owned farm of his parents, and had served as an agent in Georgia, where he gained a good footing for his Alabama work. Because cash money was always scarce, S. W. formed cooperatives among the local farmers. These ‘clubs’ bought staple items at wholesale prices and passed on the savings to rural families. In 1936, he organized the first county community sing where any local group could participate in the contest for a trophy presented by William L. Dawson, head of Tuskegee Institute’s music department.

Another project of great benefit to blacks in Selma was the building of a shelter at the shopping center. After its con­struction, shoppers had a place to be shielded from the elements of bad weather. Some of the work was done by the WPA and the building was opened with the famous Tuskegee choir.

Dallas County was the focal point for many firsts. One such event was the first ham and egg show, at which Dr. George Washington Carver was the guest speaker. County farmers, sharecroppers, and homeowners gave one dollar each to organize and begin the Farm Bureau, now known as ALFA. All county agents throughout the state followed this historic precedent. Other projects of community importance kept Mr. Boynton busy. He continually helped farmers become landowners and to register to vote in order to become first-class citizens.

Having been a 4-H member himself as a boy, S. W. made the 4-H clubs his first love. He held the first Dallas County 4-H Club short-course, where members with no money brought farm products to Selma University to pay for their tuition. The 4-H Club poultry show was the first in the county. The first black boy to go to Washington, D. C., to rep­resent the 4-H Club and to appear on live radio was George Peasant from Dallas County. Recreation for the boys and girls became a must with County Agent Boynton. Through his encouragement and leadership, acres of land were bought and the Dallas County 4-H Club Camp built.

In recognition of his many accomplishments and contributions, the name Samuel W. Boynton is inscribed on the ded­icatory plaque of the Extension Memorial Chapel. 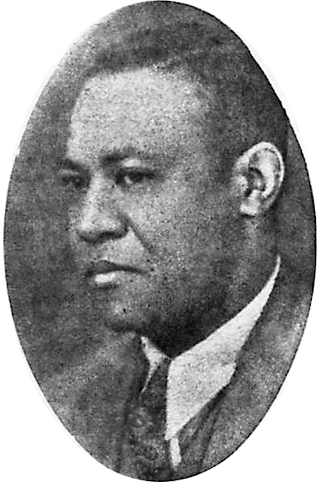