Sandy Julius McCorvey, the fourth of ten children, was born on March 4, 1914, in Tunnel Springs, Monroe County, Alabama. He married Regina May of East Tallassee in 1943. They had two daughters — Effie Juliette, who preceded him in death, and Del Marquintes.

After attending Baptist Industrial Academy of Monroeville, Alabama, from 1930 to 1934, he was accepted in the Civilian Conservation Corps, a relief organization, where he spent 2 years. He then enrolled in Tuskegee Institute and completed his study in three years. He later spent a short time at Cornell University working toward a degree in Community Economic Development. The United Nations evaluating team considered his projects the most effective known up to that date.

After graduating from Tuskegee, his professional life began, starting with the position of Agricultural County Agent in Tallapoosa County. From 1942 to 1946, he served in the Armed Forces in North Africa and the Philippines, where he rose to the rank of First Sergeant. He then earned his M.S. Degree in Agricultural Economics at Michigan State University in 1949 and later served as Assistant Dean of Agriculture at Tuskegee Institute in 1951-52.

In 1956, he purchased land in Macon County on which he started raising cattle but later opted for pine trees. He sold hay for several years and always had a vegetable garden which he shared with the community.

Sandy McCorvey spent a lifetime working to make conditions better for others and sharing his resources so that others would receive the best education possible. He was a supporter of 4-H Clubs, Boy Scouts, and church activities, including being a faithful and loyal member of the Greater St. Mark Missionary Baptist Church as well as a loyal and productive alumnus of Tuskegee Institute.

To honor his community spirit and his leadership and the 3 and half years of service with the Alabama Cooperative Extension Service, we are proud to inscribe his name on the dedicatory plaque of the Extension Memorial Chapel. 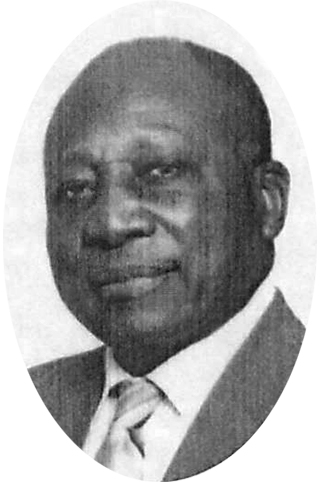