Sara Hutchinson was a household name for decades throughout Coffee County. She began her Extension career in 1956 with 4-H clubs and later became the Home Demonstration Agent. Sara’s career touched the lives of thousands of families over the span of thirty years in Coffee County.

A graduate of then Howard College in 1956, Sara went on to receive Masters and Specialist degrees in 1965 and 1977, respectfully. Education was the stone on which she built her professional career and a personal goal for her family. She lived to see all four grandchildren become a pharmacist, doctor, engineer, and kinesiologist. She was so proud!

When Sara came to Coffee County, she was the first married female agent ever hired by Extension. Women were not allowed to be married because of the many pressures of the job. Sara paved the way for women by proving that to be married and have a family was her greatest asset. She was married to Aaron (Rip) Hutchinson for 51 years.

She lived her life with dignity, love, and compassion for others. Sara and Rip had one child, Ron. He and his wife Elizabeth, fondly known as Libba, gave her four grandchildren and three great-grandchildren. Libba was the daughter she never had. “Sara always showed love for everyone and never focused on the negative. She loved her church, neighbors, family, and friends,” said Libba.

She was proud of the work she did for others and was fondly referred to as “Ms. Sara” by all that she worked with. Sara always was the stabilizing factor when critical issues arose throughout the years in Coffee County Extension. She provided strong leadership in the county and in professional organizations. She changed lives.

Sara officially retired from the Extension Service in 1986 but through a cooperative contract with Fort Rucker, she began another semi-Extension career as a trainer conducting classes on child abuse and parenting. She went on to be the Nutritionist for Child and Youth Services’ Family Childcare Programs until May of 2008.

It is with great love and respect that we honor Sara E. Hutchinson with her name on the dedicatory plaque of the Extension Memorial Chapel. 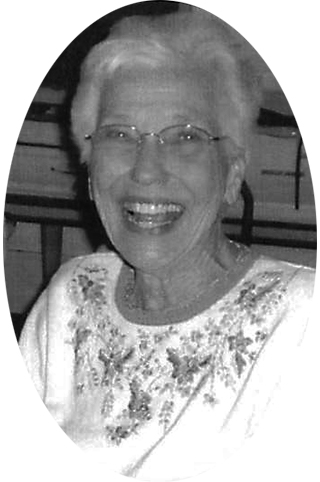