A native of Walker County, Sara Virginia was born in Carona, Alabama, on September 30, 1917. She was raised in Littleton and received her high school diploma from Corner High in Jefferson County. For short periods of time, she attended David Lipscomb College in Nashville and State Teachers College in Livingston, Alabama.

In 1944, Sara was employed as a secretary for the Sumter County Extension Service Office. For a period of four years, she practiced her skills helping rural farm fami­lies. Described as very efficient, Sara also met the public well. She was loyal, coop­erative, and very pleasant in all activities.

By 1948, Sara had transferred from Alabama Extension in Sumter County to the Alabama Soil Conservation Service office. That became her calling for many years. Her service was greatly appreciated by clientele and co-workers. They knew the treasure in their midst.

In 1939, Sara married Murray E. Richardson of Leeds. Sara is survived by the two daughters of this union. They are Mrs. Lynn R. Pruitt and Mrs. Sara R. Walton, both of Livingston.

In appreciation for her lifetime of devotion, the name Sara Richardson is inscribed on the dedicatory plaque of the Extension Memorial Chapel. 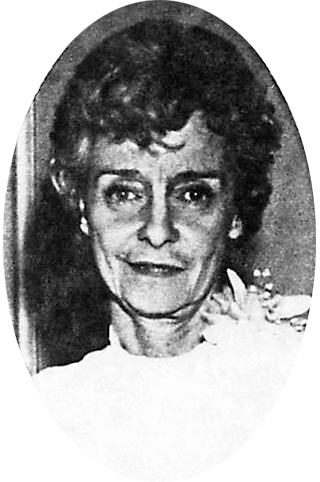