Ann Riddle was one of those people you could depend on. Her family, her friends, her co-workers, and the people of Cleburne County trusted her and depended on her. Her early death at the age of 52 was a shock to them all.

Ann was the daughter of William R. Haley, Sr., and Sarah J. Haley. She had an older brother, William. Ann grew up in Cleburne County, in and around Heflin, and graduated from high school in 1967. She went away to school at Gadsden State Junior College and then returned to Heflin in 1970 and married her high school sweetheart, Jerry Riddle. Daughter DeAnn was born in 1975 and daughter Hendoly Anna was born in 1983.

She took the job of secretary for the Cleburne County Extension office in March 1972. Ann loved her Extension work and her co-workers. Her secretary job required a lot from her, but she willingly did that and more. She sometimes went into the schools to help with the 4-H programs. Her family remembers many stories Ann would tell about the 4-H “kids.” They enjoyed being around her as much as she enjoyed being around them. She also made home visits on her way to her own home in the evenings to pick up soil or insect samples that would later be carried to the state lab at Auburn for analysis. Ann could make specialist calls for the clientele when the coordinator was busy with other clients. She proved herself invaluable over and over.

The Cleburne County agents remember Mrs. Riddle as being a hard worker and a good organizer. She had those people skills that are so important to any public office such as the county extension office. She was a loyal and dedicated worker with a pleasant personality that people enjoyed. She was fun to be around, always friendly, yet professional with her Extension duties, and made many friends throughout the state by attending Extension meetings and workshops. They will all miss her.

To honor her thirty years of dedicated service to the people of Cleburne County, the name of Sarah Ann Riddle is inscribed on the dedicatory plaque of the Extension Memorial Chapel. 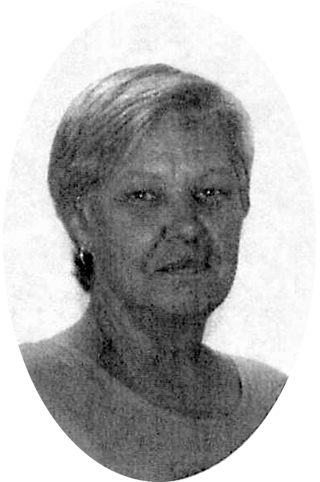