“There was the ever-present smile. And her genuine interest in oth­ers. You always felt she was interested in you as a person – and she was. You came away from any contact with Sarah Watson feeling better about yourself and your job. You came away uplifted.”

Such were the feelings of one coworker who knew Sarah for most of her Extension career. But her pleasant demeanor belied another side of Sarah Watson – she was an effi­cient, thorough Extension agent and administrator who put in long hours and did whatever it took to get the job done. She was the consummate professional – a role model who typified the true spirit of Extension’s mission of service.

Sarah was a native of Birmingham, graduated from high school at Tarrant, and held two degrees from the University of Alabama, the B.S. in clothing and textiles and the M.S. in home economics.

She began her career as an assistant to the dean of home economics at the University of Alabama, worked as a recreation supervisor for the Department of the Army at Fort McPherson, Georgia, and six years as a legal secretary to two law firms.

Sarah joined Extension in 1961 as a home agent in Tuscaloosa. Ten years later, she moved to Auburn as a spe­cialist in educational methods and became Expanded Food and Nutrition Program analyst in 1976.

In 1977, she was promoted to the position of District Agent – Home Economics with offices in Selma. As a supervisor and program leader for 22 Southwest Alabama counties, she demonstrated all those leadership qualities that inspired enthusiasm and loyalty among agents in her district.

She remained there until her retirement on August 31, 1984. She passed away December 5, 1984, barely three months into retirement, leaving twin sons, Scott and Steve – the pride and joy of her life – sister, Jean McCall, and a brother Ellis Norwood.

As a lasting tribute to this woman and her life’s work, the name of Sarah N. Watson is inscribed on the ded­icatory plaque of the Extension Memorial Chapel. 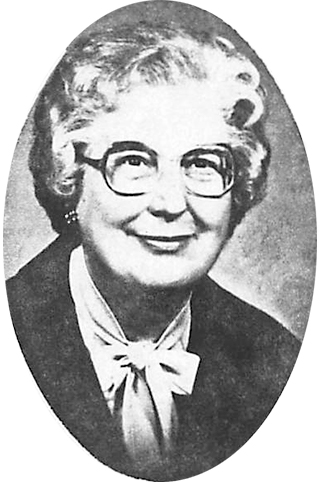