Scott Billingsley, Jr., was born in Perry County to Scott and Sallie Billingsley. He graduated from Lincoln High School in Marion, Alabama. He served in the U.S. Army from 1942 to 1946 and spent 18 months overseas during World War II, for which he received two Bronze Service Stars. Afterward, he attended Tuskegee University and received his B.S. degree and later his Master’s degree, both in agricultural education.

He began his Extension career in Crenshaw County in 1951 as a farm agent. In 1952, he moved to Lowndes County and retired from Lowndes in 1979 as County Agent. During his tenure with Extension, Mr. Billingsley worked in all areas of agriculture and agriculture-related to 4-H programs. He enjoyed watching the young boys grow and learn through doing. He was affectionately known as “The 4-H Man” in the classrooms and hallways of the schools in Lowndes County.

Known as a devoted worker, he always enjoyed helping people. He spent many hours on the farms of his constituents discussing their field crops and helping them have better yields, or talking to groups about swine production, or to home gardeners about growing tomatoes or beans. They appreciated his concern, his care, and his knowledge.

Mr. Billingsley was also the leader for the agricultural-related 4-H programs for the rural schools. Described by a coworker as a devoted Extension farm agent and leader of boys’ 4-H programs, Scott Billingsley contributed greatly to the welfare of his clientele by providing up-to-date information and guidance. He was dedicated to doing everything he could for the youth under his care. His commitment did not end there. He was involved in several civic and church projects and programs throughout his 85-year long life. These included his church, the First Baptist Church of Hayneville, the local Rural Development Committee, the Lowndes County Economic Development Corporation, as well as being a faithful alumnus of Tuskegee University. He was a wonderful father to his own children and someone they were proud of always.

After retiring in 1979, Mr. Billingsley continued to be a father figure and friend to a vast number of residents in Hayneville and throughout Lowndes County.

In honor of the man and his life spent in helping others, the name Scott Billingsley, Jr., is lovingly inscribed on the dedicatory plaque of the Extension Memorial Chapel. 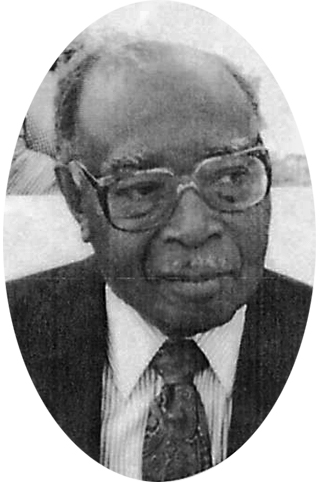