It is easy to see why Stella Mitchell was considered to be a pioneer. She was one of the first female high school principals in Oklahoma. She was one of the first Home Demonstration Agents in Alabama to specialize in a single aspect of home economics. She was awarded membership in the Million Mile Flying Club, with all of the miles being flown in a prop plane at a time when very few people traveled by airplane.

Stella was born July 27, 1906, in Haleyville, Alabama, the daughter of the late Milton Carroll Mitchell and Annaliza Horton Mitchell. After receiving her teaching certificate from Durant College in Oklahoma, Miss Mitchell taught in that state for four years. She began her Alabama teaching career in 1928 in Waverly, earning an annual salary of $700. She then taught at Camp Hill and later in Phenix City.

She was promoted to Extension Home Management Specialist in 1946 and was brought to Auburn. She was among the first home economists to actually specialize in one aspect of the broad field of home economics. Her work caught the attention of the Federal Extension Service where she eventually worked.

Following her dreams and goals, she furthered her education by attending Columbia University in New York City, where she received her Master’s degree. She then accepted a position with the Federal Extension Service in Washington, D.C. as a Home Management Specialist. In this position, she wrote publications that were used nationwide and traveled extensively to educate Extension Agents in all 50 states and Puerto Rico, usually providing her own transportation in a prop plane, thus earning membership in the Million Mile Flying Club.

She retired in 1972 and moved to Phenix City to be near family members. During her retirement years, she enjoyed spending time with friends and family and was active in her church. Family members say she was always active in the church where ever she lived, often singing in the choir and singing solos in church services. At her 100th birthday party, the Mayor of Phenix City presented her with a proclamation honoring her accomplishments and declaring the day “Stella Lou Mitchell Day.”

Stella Mitchell died at her home on January 3, 2007, at the age of 100. From her childhood years in Winston County. Alabama, until her death, Miss Mitchell contributed to the education of others and lived life to the fullest. We add the name of Stella Mitchell to the dedicatory plaque at the Extension Memorial Chapel with pride and gratitude. 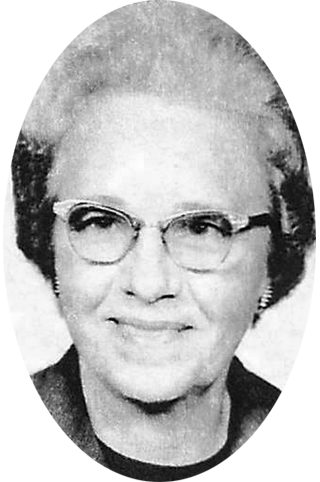