Stephen Maxwell Harris was born in Hazelhurst, Georgia. He spent most of his life in neighboring Alabama as a student, Extension worker, and school administrator. Steve first came to Alabama to attend Tuskegee Institute High School. He graduated and received his diploma in 1937. Then he enrolled in Tuskegee Institute, where he earned a B.S. degree in agricultural education in 1941. Later, he would receive his M.S. degree from Alabama State University. Before joining Extension, Steve worked as Agriculture Instructor and Farm Superintendent at Stillman Institute. He also was employed as Farm Superintendent at Brace Farm School in New York state where he ran the Children’s Aid Society dairy. Then in 1944, the job of county agent in Coosa County was offered to him. The pull of his homeland and the desire to serve farm families were enough to bring Steve Harris back to Alabama.

The five years he spent in Coosa County was full of success for both the agent and his clientele. Steve’s most noticeable achievements were in the area of community development. He was instrumental in build­ing the first community center building in the county. This center provided a meeting place and space for recreational activities. With this wonderful facility, he was able to train a large number of outstanding 4-H boys and girls. He always loved it when ‘his’ young people made something of themselves and bettered their standard of living.

In 1949, Steve Harris resigned as county agent to become principal of Goodwater Jr. High School. After eight years, in 1957, he moved his administrative talents to the principal’s desk at George Washington Carver School in Florala, Alabama. He held that position until he rejoined Extension in 1973 as an Extension farm agent in Conecuh County. He remained in that job until his retirement in 1979.

While in Conecuh County, Steve Harris was instrumental in getting small farmers to start growing commer­cial vegetables and producing feeder pigs. Steve had a great love for people making progress and excelling with their production practices. Even after his formal retirement, he worked endlessly to help farmers save their land and preserve their way of life. With his tireless effort, many acres of farmland were saved. It was not all work with Steve Harris. He was known to join in quartet singing when asked. He also loved games and organizing projects. His coworkers described him as industrious — one who could get things done. He also was well-liked and could get along well with people.

In tribute to the man, his life, and his accomplishments, the name Stephen M. Harris is inscribed on the dedi­catory plaque of the Extension Memorial Chapel. 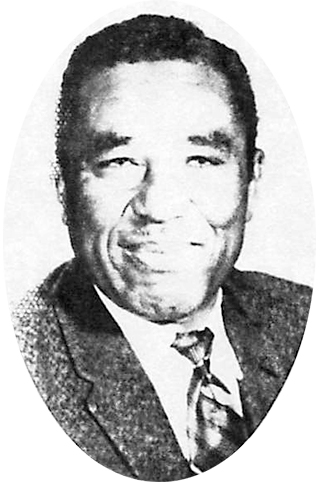