Susan Gaston was active in her school’s 4-H Club at Sidney Lanier High School in Montgomery, winning many awards and ribbons. It followed naturally that she would become an Exten­sion Agent working with youth in the county 4-H programs.

Susan’s Extension career began as the Extension Home Agent in Wilcox County. She was there from October 15, 1975, until she transferred to Autauga County as the Assistant County 4-H Agent on July 1, 1977. Her Extension responsibilities included the 4-H and Adult Home Economics programs.

A 1967 graduate of Sidney Lanier High School, Montgomery, she attended Alex City Junior Col­lege and the University of Montevallo, where she received her B.S. degree in 1975 and her M.A. degree in 1980.

Susan married Mr. Emmett McConnell of Prattville on November 20, 1982. Emmett owned and managed a catfish restaurant in Millbrook. Susan often helped him with his business, and after her resignation from the Extension Service in 1992, she was able to spend more time with her hus­band at his restaurant.

Among the many interests and hobbies she had, perhaps modeling, sewing, and flying were her favorite. Also, because of their love of flying, both Emmett and Susan had pilot’s licenses, Susan having received hers in June of 1992. Susan’s great sense of humor made her fun to be around. She loved people, and it showed. Her death on March 23, 1993, from injuries received in a bicy­cling accident, shocked and saddened her many friends, especially her colleagues from the Ala­bama Cooperative Extension Service.

She will be missed, but there are many sweet memories.

In remembrance of the life of Susan Gaston McConnell, Epsilon Sigma Phi is honored to inscribe her name on the dedicatory plaque of the Extension Memorial Chapel. 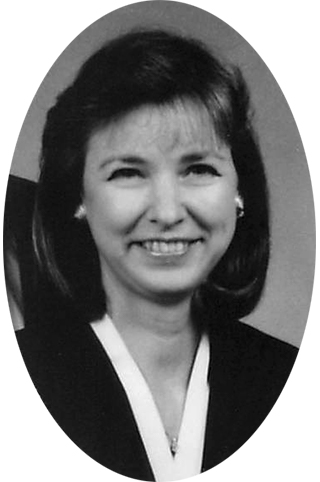