T. L. Sanderson, known to all as “Sandy,” began his Extension career March 3, 1943, in Marshall County and served there as assistant county agent until 1949. He became Etowah county agent on January 1, 1949, and remained there thirty-one years until his retirement February 29, 1980.

Sandy was born December 3, 1912, in Madison County and grew up as a farm boy in the Harvest community. His boyhood dream was to be a farmer. After an untimely accident in which he lost a hand and half of an arm soon after high school, Sandy realized he would not be able to make a career of farming. He took another road in agricul­ture and prepared himself to be an Extension Agent. He knew that this route would allow him to assist those who were farming the land and keep him in touch with that way of life he loved so much as a boy.

Graduating from Harvest High School in 1929, Sandy went to Auburn and received his B.S. degree in 1939 and his Master’s in Agricultural Engineering, also from Auburn, in 1946. While working toward his Master’s degree, Mr. Sand­erson began his long career with Alabama Extension which included service in Marshall and Etowah Counties.

Sandy was one of the most effective county agents in Alabama. He took much pride in helping train several assistant county agents who moved to other counties, where they continued their Extension careers in leadership roles. He hosted many district events held in Gadsden including beef and dairy calf shows. Sandy had a strong program in dair­ying and some of Alabama’s most prominent dairies were located in Etowah County. During his service, he assisted in organizing the Northeast Alabama National Dairy Council, of which he served as President two years and Director ten years. He also was Secretary of the Etowah County Milk Producers Association nine years.

After his retirement, Sandy remained in Gadsden and was very active in civic and agricultural groups. He served as President and Vice President of the Gadsden State Boosters Club, helping establish a Scholarship Fund for this col­lege. He was serving as Secretary of the Etowah County Farm Bureau at the time of his death. He was also an active member of the East Gadsden Methodist Church, participating as a member of its Administrative Board and Wesleyan Sunday School class.

All who knew and worked with Sandy admired him and his ability to provide leadership to the Etowah Extension program and in community activities. He was living in Gadsden at the time of his death, February 17, 1986. He was preceded in death by his only son, Brian Alan. He is survived by his wife, Eloise Stewart Sanderson; a daughter, Rebecca Sanderson Henderson; and four granddaughters, Amy and Beth Henderson, Jill and Jana Sanderson.

For one who was loved and respected and one who truly loved Extension work and was a dedicated “WAR EAGLE,” it is fitting to honor the man and his life’s work by inscribing the name T. L. “Sandy” Sanderson on the dedicatory plaque of the Extension Memorial Chapel. 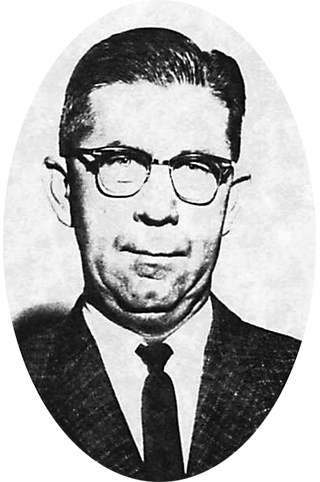