“There followeth after me today
A youth, whose feet must pass this way.
This chasm, that has been naught to me,
To that far-haired youth may a pitfall be.
He, too, must cross in the twilight dim;
Good friend, I am building the bridge for him.”

The words of his favorite poem, “Building the Bridge,” expressed his philosophy of life and ser­vice. Theodore Wilford Bridges was his full name. He was born in Arlington, Alabama, in 1892 and lived his entire life helping his fellow man.

T. W. Bridges attended Millers Ferry School until 1911 when he went to Knoxville College for a year. The next year found him at A&M College. He completed his college education at Tuske­gee Institute. His love of science and mathematics fitted him well for his first professional job as a math teacher.

After only a year (1918-1919), T. W. found his permanent career home with Alabama Extension Service. Serving first in his home county of Wilcox, he soon transferred (1923) to North Alabama, where he had positions as county agent in Lawrence and Morgan counties. He remained in Mor­gan County until his retirement in 1962.

Described by a coworker as a fine gentleman, T. W. Bridges was known and liked by all. Not only did he contribute greatly to the welfare of his clientele by providing up-to-date information and guidance, but he also spread his commitment to the community through devotion to countless civic and church programs and projects. His many efforts are still producing positive effects. His forty years of diligence and love still are remembered and appreciated.

In honor of the man and his life spent in helping others, the name T. W. Bridges is lovingly inscribed on the dedicatory plaque of the Extension Memorial Chapel. 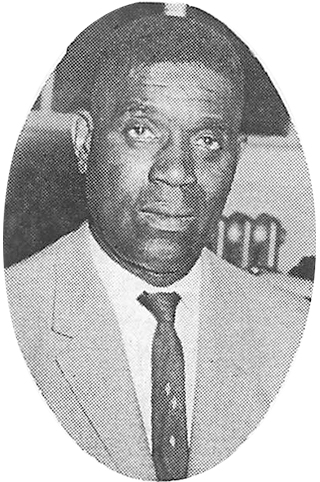