Ted B. Smith was born in Enterprise, Alabama, in the Mt. Pleasant community on September 15, 1933, to Carrie Clifton Boyette Smith and Claudia Homer Smith. He graduated from Enterprise High School in 1951. Mr. Smith served in the U.S. Air Force from 1952 to 1956.

While serving his country, he married his wife Mable in 1955.

After serving in the Air Force, Ted enrolled at Auburn University and graduated in 1960 with a B.S. in Agricultural Education. He then became a Vocational Agriculture teacher in Orlando, Florida.

His appointment to the Alabama Cooperative Extension Service as an Assistant County Agent for Chambers County came on March 5, 1963. In September of 1964, Ted was reassigned to Geneva County to serve as Assistant County Agent while another county agent was on study leave. On June 21, 1965, this reassignment became permanent. His title was changed to Extension Farm Agent in 1965, and he stayed in Geneva County until he was promoted to County Extension Chairman in Crenshaw County on December 1, 1969. He also received his M.S. from Troy State University in 1969.

Ted often commented that the most enjoyable part of his job as a County Agent was to work with farmers and to see them succeed in their endeavors. He was very knowledgeable and his help was appreciated by all the people with whom he worked.

Ted was also an “Auburn Man.” He bled “Blue and Orange” and was a great supporter of Auburn. He was also a true believer in the County Agent system. He knew that the Extension program made a real difference in the lives of people in Alabama, and he was proud to be a part of that program.

Ted’s death on March 23, 2006, has left a unique void in the Extension and Auburn families as well as his own family.

Ted and Mable were married for 50 years and had three children, Donna Shadburn, Joy Humphrey, and Ted Jr. They were also the proud grandparents of nine grandchildren.

To honor his love for agriculture and his service to his Extension family and friends, the name of Ted B. Smith is inscribed on the dedicatory plaque of the Extension Memorial Chapel. 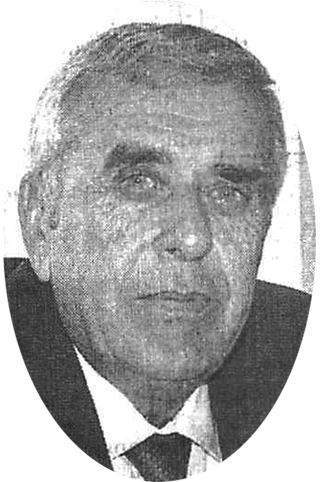