John Gottler* lived his life in Elberta, and as a youngster left school to work on the family farm. 4-H clubs and programs played a vital role in his young life.

Growing up in Dadeville, Thelma Sheppard* was involved in the 4-H clubs of Tallapoosa and Macon counties, first joining the only 4-H clubs available, the boys’ corn clubs. Thelma and other family members started a 4-H club for girls, where she served as club secretary, vice president, and president.

As an adult, John served as Elberta’s postmaster and continued his involvement with 4-H as a volunteer. Thelma joined Extension as an employee in 1947, working as an assistant home demonstration agent in Baldwin County assigned to 4-H club work. The two met at a 4-H gathering in Fairhope, were married, and, in 1950, Thelma resigned her Extension position but remained an active volunteer for 4-H.

The couple served as 4-H club leaders in Baldwin County from 1960 to 1964, and then with the Elberta Community 4-H Club for 10 years. More than 100 youth received state and national awards under their leadership. 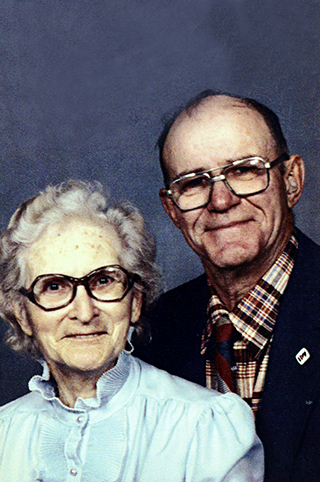