“She was a very definite asset to the Houston County Extension Program.” “She made an outstanding contribution to the Coosa County Extension program.” These are samples of the remarks made about the work of Thelma Graves after she left the Hous­ton County office in January 1966 and when she retired from the Coosa County Office in 1969. She was definitely an asset to the Alabama Cooperative Extension Service and held in high regard by her clientele, her co-workers, and her supervisors.

Born in Alexander City, Alabama, on October 23, 1902, Thelma Estelle Graves received her B.S. degree from Auburn in 1929 and her M.S. degree from Iowa State College in 1939. In addition to spending eight successful years with the Extension Service (1961-1969), Thelma taught voca­tional home economics from 1929 to 1938 in Montgomery County, Jackson County, and Lee County.

Her main career thrust as an educator was with the School of Home Economics on the Auburn University campus. She was there from 1942 until 1961. Among her duties was the teaching of a course on Extension methods. She trained many of the up-and-coming home demonstration agents. Even then, she was keenly interested in the work of the Extension Service and was closely associated with its programs throughout her teaching career.

She possessed a great ability to teach as well as to lead and organize. She had a genuine appreci­ation of people and their problems and received much satisfaction and joy in working with them. One particular program which she worked with was the Farm and Home Development program in Houston County. As a result of her work, many of the homemakers made progress in their abili­ties to analyze and understand their problems and how to go forward in solving them. She taught them how to keep records of expenditures as a basis for improved financial planning.

Miss Graves passed away in July of 1991. Her survivors included her sister, Margaret Frazier of Ft. Deposit, and her brother, John Joel Graves of Sylacauga.

It is a privilege and an honor to place the name of Thelma E. Graves on the dedicatory plaque of the Extension Memorial Chapel. 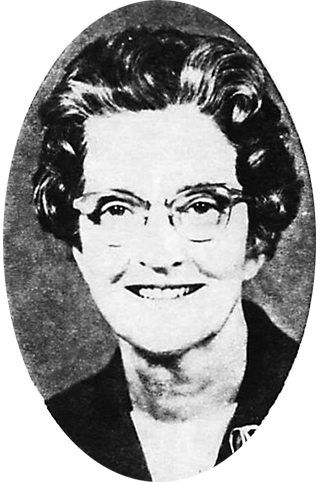