It could truthfully be stated that the entire career of Theodore Shumpert was dedicated to the Agricultural program of Randolph County. The stage was set for his life’s work when an emergency arose that caused the position of Vocational Agriculture teacher to become suddenly vacant in Roanoke. The­odore was selected from the senior class at Tuskegee Institute as the most responsible student to fill that vacancy. He was allowed to complete require­ments for the B.S. degree during the following summer of 1936 and was then appointed to the position of full-time Vocational Agriculture instructor at Randolph County Training School in Roanoke.

Theodore had gone to Tuskegee as a teenager from rural Itawamba County, Mississippi, with the idea of entering high school. Even though he was required to do three years of preparatory work before he could enter high school, he remained determined to get an education. After an eleven-year struggle, working his way throughout, he earned the B.S. degree in Agricultural Education, and several years later, the Master’s degree. His determination, dedication, and commitment, as well as a low-key, even disposition were traits that he maintained throughout his life. These traits helped him to complete the difficult years of his education and eleven successful years as a Vocational Agriculture teacher before the position of Randolph County Agent became available to him in 1946. He was recommended for the position and worked at it diligently.

On August 31, 1976, after thirty years of devotion to the people he served, Mr. Shumpert retired from the Extension Service. However, his dedication to the welfare of the youth and farmers of Randolph County was such that he some­times seemed to forget that he was in retirement. He continued to give information and assistance to anyone who sought his wisdom. During his tenure, Theodore Shumpert was responsible for both adult and 4-H club activities. Through his efforts, his clientele brought home some trophies and dozens of blue ribbons. Assisting youth, farmers, and non-farmers solve their problems was Mr. Shumpert’s true joy.

Being honored by many organizations, some of his achievements include Lifetime membership in the National Association of County Agricultural Agents; lifetime membership in Extension Service Fraternity, Epsilon Sigma Phi; highest award possible from Boy Scouts of America; Master in the Masons; ranked 32 degrees in the Booker T. Wash­ington Consistory, Number 115; Eminent Grand Commander in the Knights Templar; Eminent Commander of the Hopson’s Pride Commandery. Other memberships include Alabama Regional Planning and Development Commis­sion; Chairman for the Trustee Board of Randolph County Recreation Association; and the Roanoke Beautification Committee. He was also very active in his church, serving as trustee and treasurer of Bethel United Methodist Church.

Many of Mr. Shump’s, or Professor Shumpert’s, tracks can still be seen throughout Randolph County and many of his recommendations will be used for years to come. In honor of the man and his life’s work, it is fitting to inscribe the name of Theodore Shumpert on the dedicatory plaque of the Extension Memorial Chapel, as a lasting tribute for his years of service in Randolph County. 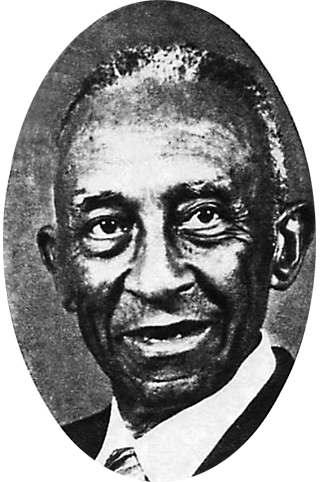