Ben Hagler was one of the most respected individuals within the Alabama Cooperative Extension Service as well as Auburn University. When in 1980 he received the Auburn University Excellence Award for his work in Agriculture and Natural Resources, his colleagues remarked that his dedication to agriculture and contributions to horticulture in Alabama were unsurpassed. He was the recipient of the “Gold Pecan” award, presented by the National Pecan Processors and Shellers in 1966, attesting to the fact that his work in pecan production will be remembered by many Alabama pecan growers for a long time.

Born on May 16, 1913, in Louisville, Alabama, Hagler graduated from Louisville High School in 1931 and attended Berry College. After working his way through Berry College for two years, he earned a scholarship to Auburn, never losing sight of his mission to improve the plight of Alabama farmers. He earned the B.S. degree from Auburn University and then taught vocational agriculture in Alabama high schools for six years before returning to Auburn University. He earned a Master’s degree from Auburn University in agricultural education and a Ph.D. in horticulture in 1954 from the University of Maryland.

In 1945, he began a thirteen-year stint as Assistant, then Associate, Horticulturist at Auburn University. In 1958, he went to Clemson University as head of the Department of Horticulture. In 1960, he returned to Auburn as Chairman of the Plant Science Division of the Alabama Cooperative Extension Service, and in 1976, he became its head of Horticulture, a position he held at Auburn until his retirement in 1981.

In addition to his professional career, Hagler has been a State and National leader of Kiwanis International, and in 1975 won the “Life Fellow Award for Community Service” from Kiwanis International. He played a key role in developing Kiwanian’s Farm-City Week, which promotes the interactive relationships between farmers and consumers. He was also instrumental in the development of the Garden Clubs of Alabama. His columns in the Birmingham News as Garden Editor, EnviroSouth, and other publications played a key role in increasing the visibility and viability of gardening as a hobby. He was a member of and a leader in the Auburn United Methodist Church.

To pay tribute to the man who made a long-lasting imprint on the lives of so many, we are honored to inscribe the name of Thomas Benjamin Hagler on the dedicatory plaque of the Extension Memorial Chapel. 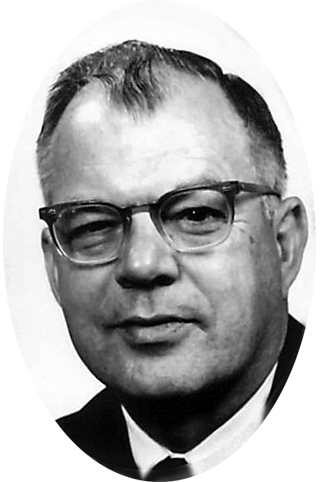