Try to picture Tom Casaday in your memory bank and you most often get a blur. Tom seemingly was on the move constantly. In a field talking with a Coffee County peanut farmer, rushing to a United Way meeting impeccably dressed in white shirt and tie, meeting with his Coffee Extension staff back in Enterprise with another of his motivational messages.

A friend who knew Tom well said he was “a good man who lived a good life.” A good soldier — he fought in the Burma-India campaign in WWII. A good husband and father — he married Dot Miller in 1958 in a partnership that lasted more than 50 years; he was a “hands-on” dad devoted to Warren and Tommy.

He was faithful in his professional life of 37 years. His communication skills and ability to form friendships earned trust and support from the people of Coffee County. Tom genuinely believed that what he did as a representative of Auburn University made a difference in the lives of his constituents. Yet, Tom didn’t mind ruffling a few feathers the way he dealt with issues — which was often blunt. But if you listened to the message, he usually was right.

He was faithful to his second career. After retirement from Extension in December 1986, he spent 15 years as a real estate agent with Century 21. He was one of his firm’s top producers. You knew Tom was not about to sit on the front porch and be satisfied with listening to Gene Regan’s farm broadcasts. He was a mover, a doer, an achiever — and he proved that yet again in real estate.

He was faithful to Auburn University. Oh, how he loved that school and his Tigers. He held three degrees from Auburn, two of them graduate degrees.

He was faithful to his church. He was an elder in the Presbyterian Church, was a Sunday School superintendent, and knew that his talents were meant to be used in service to Christ. Finally, his friend said, he was a good and faithful man because he had a servant’s heart — for his faith, his family, his career, his university, and for the people he served.

To honor his devotion to life, we place the name of Thomas C. Casaday on the dedicatory plaque of the Extension Memorial Chapel. 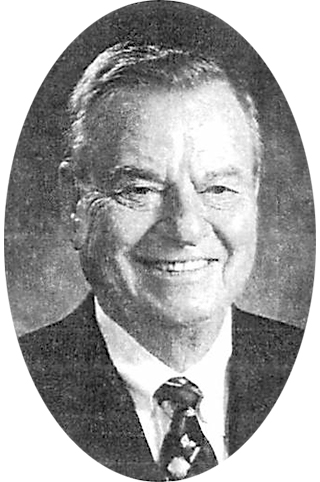