Emerson has said, “The only way to have a friend is to be one.” Thomas C. Owen had many friends. All who knew him recog­nized his dynamic personality, his conscientiousness, his dedication, and his loyalty.

Tom, as he was affectionately known, was born November 21, 1911, in Milltown in Chambers County, Alabama. In 1939, he graduated from Auburn University. He first worked with the Farm Security Administration and taught vocational agriculture. He was employed by the Extension Service in 1945 and served as assistant county agent in Cherokee County until he resigned in 1950 to become organizational director of the Alabama Farm Bureau Federation. Tom was re­employed by Extension in 1955 as an assistant county agent and promoted to associate county agent in Cherokee County in October of 1963, where he served until his sudden death on April 28, 1964.

Tom is remembered for his fourteen and half years of dedicated service to Cherokee County. Tom’s warm personality and ability to pass on scientific information in a practical, understandable manner were two of the many attributes he possessed in large measure. His work with Cherokee County farmers in farm planning and management was used as a state-wide example for other agents. Tom was at home and happiest when he was on the farm helping to work out the best farming practices and programs and best management practices. He had a close personal interest. He rejoiced with the farmers in their success and suffered with them in their failures.

Tom was ever willing to work with and through other organizations when the end result was to help people. He was able to affect the youth of the county through his work with 4-H clubs. His influence was seen as those young people became fine, outstanding citizens who serve as a living memorial to him in Cherokee County.

As a lasting tribute to our friend who loved the soil and all its treasures, the name Thomas C. Owen is inscribed on the dedicatory plaque of the Extension Memorial Chapel. 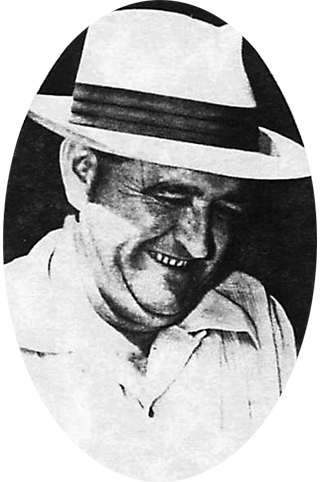