Devoted to the 4-H boys of Houston County for over eighteen years, Thomas J. Dumas was an outstanding Extension influence. “His boys” always brought home blue ribbons as a result of the hard work and dedication of them and their leader.

He was born in Rockingham, North Carolina, in 1909 and got his early education there in the city school. His high school diploma was earned at Rockingham High. The next stop for Thomas Dumas in his pursuit of higher education was Tuskegee Institute. Mr. Dumas received his B.S. degree in Agriculture while at Tuskegee and later continued studies at Michigan State University.

Wishing to combine his keen interest in agriculture with his love of young people, Thomas Dumas began his career as a high school teacher. He taught vocational agriculture classes in Beatrice, Alabama, from 1934 to 1937. The next five years found him teaching at Alabama A&M College. The subjects he taught — agronomy, horticulture, rural sociology, beekeeping, animal husbandry — reveal his varied background as the son of a farmer and as a well-educated student of diversified agriculture.

His expertise in the wide variety of fields fitted Thomas Dumas well for the eighteen years he worked in Extension. He knew his subject and he knew young people. That’s how he became so successful in 4-H work. From 1942 to 1960, Mr. Dumas served as county agent for 4-H boys in Houston County until his retirement as a result of disability.

Thomas Dumas believed in taking “his boys” to all kinds of activities. Houston County was always well represented at meetings, shows, and contests. The success of the program in Houston County could be measured in prizes, ribbons, and citations. The success of its leader could be measured in the love and admiration heaped on Thomas Dumas by the young people he served.

Mr. Dumas was an active member of the First Missionary Baptist Church of Dothan. He was chairman of the Laymen, deacon, and teacher of the Men’s Sunday School class. He was survived by his wife Susie, who is a retired counselor for Alabama A&M University; one son, David Dumas, who is a Tuskegee gradu­ate and an educator in Dothan; and one daughter, Joyce Ann Dumas, a librarian for the city schools in Atlanta, Georgia.

It is fitting that the memory and accomplishments of Mr. Dumas be honored. With loving gratitude, the name Thomas J. Dumas is inscribed on the dedicatory plaque of the Extension Memorial Chapel. 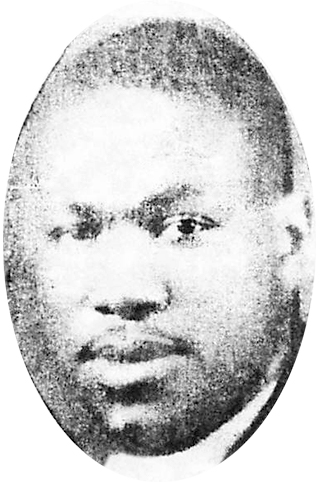