Thomas Joshua Gerald was a dedicated and loyal employee of the Alabama Cooperative Extension Service, serving over thirty years as a county agent and county coordinator.

Prior to serving in World War II from 1942 to 1945, Tom worked with the Agricultural Adjustment Administration in Montgomery. After the war, he studied at Auburn University and received a Bachelor of Science degree in 1946. Later he received the Master’s Degree in Animal Science, also from Auburn.

He was appointed to the Cooperative Extension Service on July 1, 1946, as the Assistant County Agent in Montgomery County. That October, he transferred to Lowndes County, and in 1969, he became the County Coordinator, retiring from that position in 1980.

His position called for someone who was knowledgeable in agriculture could get along with people, and was concerned for the welfare of others. Tom Gerald was this and more. His hard work brought him the confidence and respect of farm leaders, 4-H Youth, and the other members of the Lowndes County Extension staff.

His family says he suffered from emphysema every day of his life after the war but never let anyone know. He would get up every morning and start the day anew, riding around Hayneville, checking up on his plants and making his rounds, saying good morning to everyone.

Tom lost his battle with emphysema on February 1 of 1999, and the people of Lowndes County lost a true friend. For all his years of hard work, it is a befitting tribute to name Thomas J. Gerald on the dedicatory plaque of the Extension Memorial Chapel. 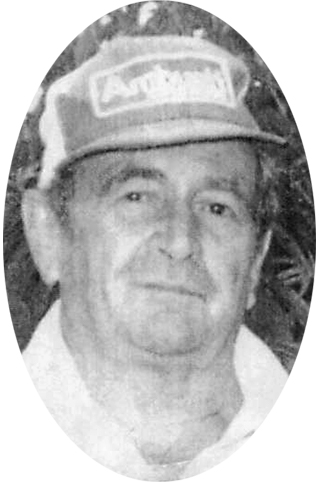