There’s no question about it — Thomas W. Lumpkin always made a lasting impression on those who saw him in action. He could be tough, stubborn, and firm unless and until the situation required a gentler touch.

Born on February 1, 1911, in Millerville, Alabama, Tom graduated from Millerville High School. He received his B.S. degree from Auburn in 1937.

Tom Lumpkin always reflected his genuine concern for each individual and that person’s unique situation. He often visited communities, leaving behind an inspired group ready to reach for higher goals. When agent Lumpkin talked with a farmer, he worked hard to discover exactly what the problems were and then made sound recommendations to resolve them.

A man of great ability to adapt to his surroundings, Thomas Lumpkin was just as at ease with a group of ordinary people as with his associates or superiors. When he conducted a program, those attending would feel that “it’s really good to be here.”

Tom Lumpkin was first to hold the position of District Agent for District Four.

If he was tough, it was to stand up for getting the right kind of help to the people in his area. There were always words of encouragement to weather-stricken farmers. His deep concern and positive attitude inspired many a farmer to hang in there and try for success the next year.

In his actions and deeds, Thomas W. Lumpkin exemplified the true American spirit. Our country and the troubled world need more men like Mr. Lumpkin — men who can enlighten and stimulate others, men who show by example how to strive for the best. American agriculture remains number one around the globe because of dedicated servants like Thomas W. Lumpkin.

It is fitting that the name of Thomas W. Lumpkin be inscribed on the dedicatory plaque of the Extension Memorial Chapel. His steadfast service is an example for all to follow. 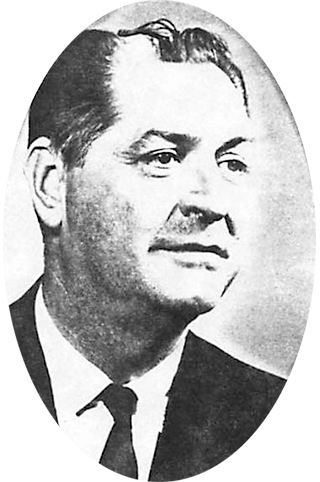