In a speech made several years ago at the Southern Region Leader Forum at Rock Eagle, Carol Williams said she and Tommy were the highest-paid 4-H volunteers in the United States. They are paid in something that money cannot buy-the love, the smiles, and the admiration of children.

Tommy’s involvement in 4-H began in 1956 with a little bluebird house. Carol’s involvement started in 1955 with a fourth-place win in the apron contest, never mind that there were only four entrants. They knew from experience that 4-H was an excellent youth program.

“It all boils down to love and self-esteem,” says Carol, adding that her most prestigious award in 4-H is a tiny (erased and used) valentine that she received from a 4-H’er. “I hope in some small way that l have taught the world to sing in perfect harmony and opened a child’s eyes.”

The two are presently certified in the Air Rifle and Shotgun discipline. They are in their third year of the newly formed Marshall County 4-H Sharpshooter’s Club. The club has 10 members including their grandson, Trey, who is president.

They embody the old saying that Carol uses in speeches, “Volunteers are good for nothing, they are priceless!” 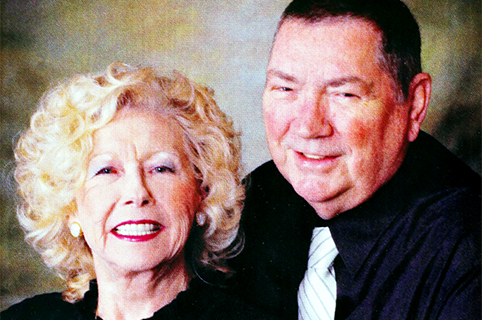