Vachel Lee Keeble was born December 26, 1909, at Rock Mills, Ala­bama, in Randolph County. Attending public school in Roanoke, he graduated from Handley High School in 1928. After high school, he completed the nine-month business course at Massey Business Col­lege in Birmingham. He was then hired by the Roanoke Cotton Warehouse, where he worked for one year. Vachel’s next job was with the Roanoke Banking Company. He stayed there until the bank was forced to close two years later because of the Depression. During the next year, he returned to the farm and helped his dad and uncle provide food for the family.

In 1934, Vachel began a seven-year stint with the Farm Security Administration. In 1940, at the encourage­ment of his boss, he resigned from this job and enrolled at Auburn University at the age of 31. It took only three years for him to earn his B.S. degree in Agricultural Administration. But, even before he received his degree, he was hired by the Alabama Cooperative Extension Service as Assistant County Agent for Elmore County in December of 1942. For the next 26 years, he dedicated his life to serving the people of Elmore County.

In the early years of his Extension career, Mr. Keeble served Elmore County as a 4-H agent. And even today when the 4-H Club program is discussed in the presence of his former 4-H’ers, they proudly identify them­selves as “Kibble’s boys.” In this capacity, he also developed one of the state’s most outstanding 4-H dairy programs. Keeble spent most of his Extension career working with adult programs in agriculture. He was one of the first to work with the Farm and Home Development Program, helping county farmers in the management of their total farm operation. In addition to being an expert in the practical application of agricultural knowledge, he was a master builder. He could plan and build almost any kind of farm struc­ture. The Elmore County landscape is dotted with dairy barns and other farm buildings he designed and helped construct. They stand as a tribute to his many years of service to the people of Elmore County.

Keeble’s career emphasized the word “service” in Cooperative Extension Service. If we were ever to select an all-time Alabama Extension Service Team, V. L. Keeble’s name would surely be on the list. Kee­ble retired from Extension in 1968. After retirement, he managed a large dairy operation in Elmore County for several years before his failing health resulted in his permanent retirement.

In honor of the man and his life’s work, the name Vachel Lee Keeble is inscribed on the dedicatory plaque of the Extension Memorial Chapel. 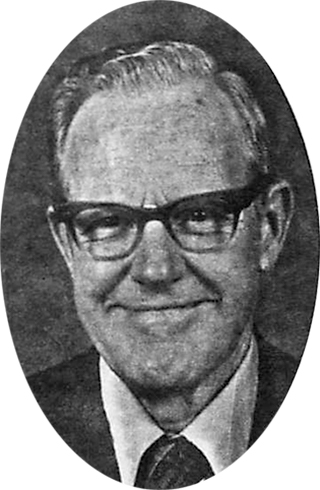