Mrs. Virginia White was a dedicated professional in the area of nutrition and food science. From her first class in college at Montevallo through two decades after her retirement from the Alabama Cooperative Extension Service, she studied, taught, supported, contributed, and wrote about foods and nutrition.

After receiving her early education in the schools of Clay County, Alabama, Virginia Coker attended Montevallo College and earned a Bachelor of Science degree in Home Economics Education. She earned her Master’s degree in Foods and Nutrition from the University of Tennessee. She taught at Huntingdon College from 1943 to 1944 and then was the State Home Economist for the Farmers Home Administration in Montgomery for ten years. During this time, she met and married Morris White. In 1954, she came to Auburn University as an associate professor of Foods and Nutrition.

Virginia White’s Extension career started as a Foods and Nutrition Specialist in September 1970. Upon her appointment, Director Fred Robertson said “With the Expanded Food and Nutrition Education Program reaching into every county this year, we are indeed fortunate to have someone of Mrs. White’s training and experience to give leadership to our total nutrition program.”

She became head of the department in 1976. In that capacity, she was a major contributor to The Auburn Cookbook and was the author of many leaflets and articles published by ACES. Mrs. White was among the first to promote and encourage her co-workers to organize, develop, and implement an ACES Hall of Fame. During her career, she planned and supported “team teaching” with outside agencies and organizations in Alabama. She was an author and co-author of 132 Extension publications. She retired from ACES in January 1981. Soon after her retirement, she and her husband, Dr. Morris White, enjoyed a trip to Europe, but her health did not permit her to do more traveling and socializing after retirement as she had wished.

In 1992 Mrs. White received the Ruth Stovall Distinguished Home Economics Alumni award from her alma mater, the University of Montevallo, for her continued demonstrated commitment and dedication to the profession. She was a long-time benefactor to Montevallo through her contributions to the Virginia Coker White Scholarship for students in nutrition and dietetics.

Virginia White was an intelligent lady who impressed others with her quiet and gentle spirit and who will be remembered by her many colleagues and friends in the field of foods and nutrition. lt is a befitting tribute to place her name on the dedicatory plaque of the Extension Memorial Chapel. 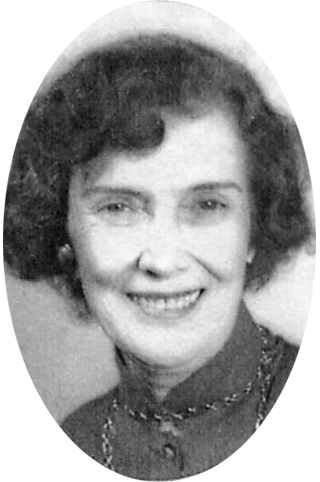