W. Gaines Smith is the only director of the Extension System or its predecessor, The Alabama Cooperative Extension Service, to have worked at every level of Extension in Alabama. A native of Autauga County, he began his career in 1965 as an Extension farm agent in Jefferson County, where he worked with farmers and 4-H club members in many different programs.

He left Jefferson County in 1976 to assume the leadership for Extension efforts in 22 counties in west Alabama. For 14 years, Smith was the guiding hand for county Extension professionals as they provided university-based knowledge on topics ranging from nutrition to conservation tillage to people where they lived and worked.

Beginning in 1990, he served on Extension’s administrative team, first as an associate director, then as interim director, and as director for the last four and a half years.

“It has been an honor to lead Extension,” he said. “While I often represented Extension at many events and functions, I am always mindful that I represented the Extension family members-their work, their effort, their commitment, and their belief.”

“I could never have dreamed of this honor when I started my 4-H experience in 1952 as a 4-H member at Hicks Memorial School,” he says. “It’s a long way from there. I am overwhelmed, humbled, and very proud of this honor.”

Smith received the Ruby Award from Epsilon Sigma Phi, the national Extension fraternity in 2008. It is the most prestigious recognition presented by ESP and is designed to recognize truly outstanding thinking, performance, and leadership in Extension. The recipients are honored for their significant contributions to the state, regional, national, and where applicable, international Extension arena in a variety of ways and in their career.

Smith served on the advisory committee for the National 4-H Council.

“My career spanned times of great change for Cooperative Extension in Alabama,” he says. “I am proud to have worked to make these changes positive, helping Extension grow and serve the citizens of Alabama.” 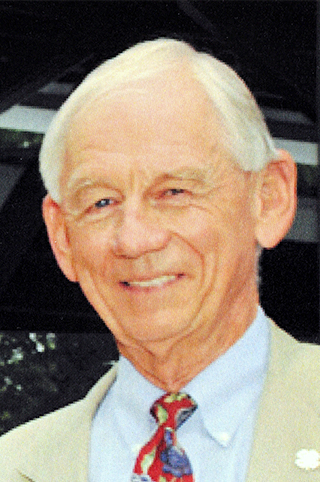