Affectionately known as “Bo,” this Bullock County native was loved and respected by the clientele he served as well as his fel­low Extension staff members. Born Walter Harvey Kinard, he gained his diploma from Inverness High School and went on to receive three degrees from Auburn University — B.S. in ag science, B.S. in ag education, and M.S. in ag education.

After working for the Farm Security Administration for nearly four years, Bo Kinard entered the military during World War II. Serving four years in Field Artillery with overseas duty in Europe, he reached the rank of Major.

When the war was over Mr. Kinard worked a year at Troy in the Veteran’s farm training program and then taught vocational agriculture at Henderson High. During those years, he completed work on his ag education degree and in 1954 joined the Extension Service as Assistant County Agent in Pike County. He was there for five years working hard with 4-H and Unit Test Demonstration activities.

In 1959, Bo transferred to Covington County where he developed and carried out especially effective programs in beef, soybeans, and peanuts. His success came from the closeness he had with his clientele. His county council was very active and effective.

Mr. Kinard was selected by his fellow agents to receive the national Distinguished Service Award in 1966 and in 1973 served as president of the Alabama Association of County Agricultural Agents. He was a member of Gamma Sigma Delta, the honor society of agriculture, and Epsilon Sigma Phi, Extension honorary.

Bo Kinard believed that Extension’s effectiveness was built on serving local needs. Throughout his service he held this belief — it was his guide and the key to his success. In tribute to the man and his life’s work, the name W. H. Kinard is inscribed on the dedicatory plaque of the Extension Memorial Chapel. 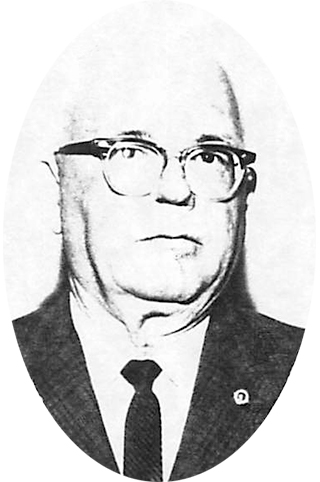